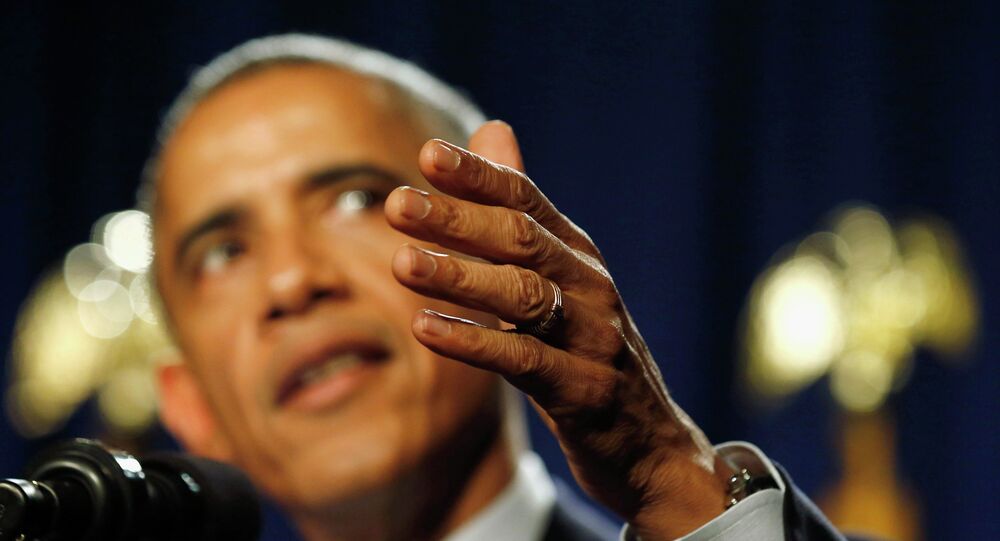 Obama said that the US Community Policing Force put in place in December 2014 after the police killed African Americans in Ferguson and New York included protesters from those two cities.

WASHINGTON (Sputnik) — The US Community Policing Force put in place in December 2014 after the police killed African Americans in Ferguson and New York included protesters from those two cities, US President Barack Obama said in a speech announcing the new non-profit organization My Brother’s Keeper Alliance.

“One of the many things we did was put together a task force for community policing,” Obama said. “It included some who had led protests in Ferguson and New York.”

Obama explained that sheriffs and county officials joined community protesters from Ferguson and New York to come up with proposals to make their communities safer.

© CC BY 2.0 / Tony Webster / Police Line / Police Tape
Ferguson Protest Leaves One Wounded, Suspect in Custody
Obama also said that community police deserve a better quality of life and the United States should not just try to contain social problems, but understand and solve them.

Such communities particularly include those that have had 30-40 percent unemployment, even before the Great Recession started in 2008.

“There are communities that don’t have enough investment or opportunity,” Obama said. “If there’s no shortage of people blaming you for the plight of the community, I’m not interested in blame but results and responsibility.”

Obama concluded that the feeling of powerlessness among African Americans and Latino Americans, which has fuelled the protests and riots in places like Ferguson and Baltimore, needs to be stopped in order to correct the racial issues still inherent within the United States.

My Brother’s Keeper is a community challenge to call to action all members of US communities to implement a “coherent cradle-to-college-and-career strategy” to improve the outcomes of young people, according to the White House.

Another Day, Another Rally: Baltimore Gears up for More Protests