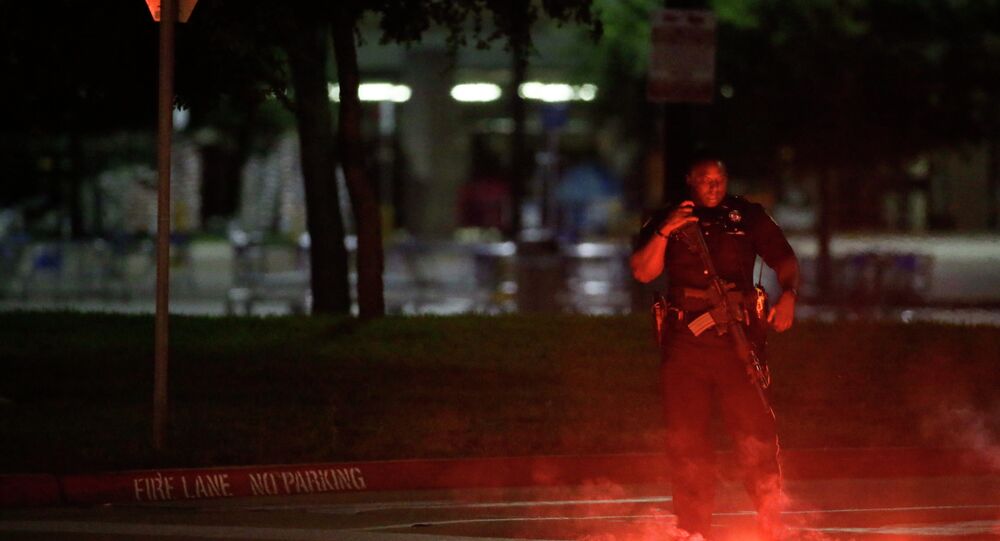 Terrorists reportedly praised the attack at a Prophet Muhammad cartoons exhibition in Texas and took responsibility for it.

Two gunmen opened fire in a parking lot near the Curtis Culwell Center in Texas on Sunday evening, wounding a security guard in the leg.

Police responded within seconds and killed both shooters.

The identities of the gunmen have not been revealed, but ISIL militants reportedly praised the attack and took responsibility for it online.

According to media reports, a radical account entitled “AbuHussainAlBritani” posted remarks before and after the attack. The first message threatened to hit US streets with “death and slaughter.” In another tweet, the account referred to the two suspects who opened fire at the exhibition center in Texas as "brothers."

© REUTERS / Mike Stone
Texas Attack Tweeted Minutes Before Shooting in Garland
“They Thought They Was Safe In Texas From The Soldiers of The Islamic State,” the final message posted on the account read, as quoted by the LA Times.

Nearly 200 people were present at the event when the attackers opened fire. They were evacuated. Police began searching for explosives that could have been placed near the scene.