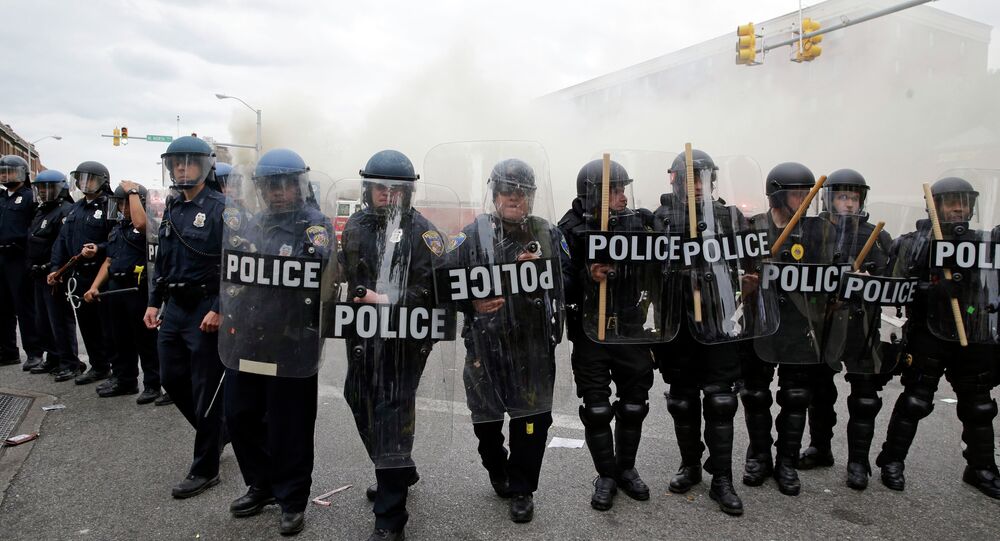 Lawyer Michael Davey defended the police officers saying that "at all times they acted reasonably and in accordance with their training."

A lawyer for six Baltimore police officers says they "did nothing wrong", after criminal charges were announced against them in the case of Freddie Gray who died in police custody.

© AP Photo / JIM WATSON
Freddie Gray Death in Baltimore Determined as Homicide — State Attorney
The officers are accused of manslaughter for the death of Freddie Gray, a 25-year-old African American who was arrested on April 12 for possession of a switchblade, and died a week later as a result of spinal cord injuries received while in police custody.

Lawyer Michael Davey defended the police officers saying that "at all times they acted reasonably and in accordance with their training."

Baltimore state prosecutor Marilyn Mosby, who filed the charges against the police officers, said the death of Freddie Gray was a homicide and his arrest had been illegal.

The officers involved in the case denied using any force against Gray during or after the arrest. However, the video recorded by witnesses shows that Gray had been dragged to the police van while screaming in pain.

Gray’s death triggered a wave of mass protests in Baltimore against police brutality and racism, prompting Maryland's governor to announce a state of emergency.