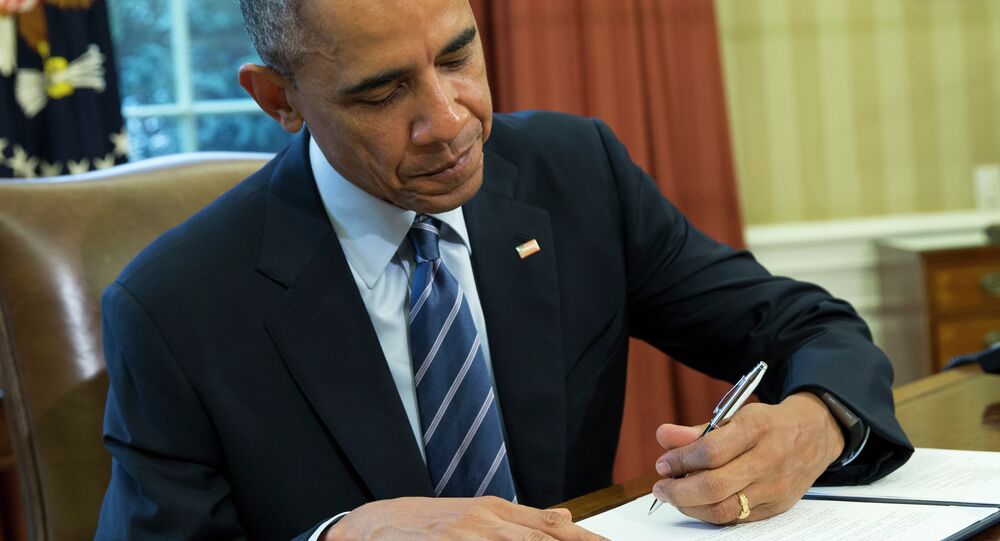 US President Barack Obama’s Fiscal Year (FY) 2016 budget for the Department of Homeland Security (DHS) has increased by about three billion dollars from the previous year’s budget, according to a statement published on the DHS website.

© Flickr / Reid Rosenberg
America Goes Large: Obama Wants Huge Budget for His Anti-Russian Troll Army
The new budget, proposed in February 2015, seeks to end sequestration, or mandatory spending caps, which would bring DHS funding to its lowest levels, according to the statement.

“The President’s FY 2016 Budget for DHS is $64.9 billion in total budget authority,” the statement read on Wednesday.

The Fiscal Year 2016 budget allocates funds for preventing terrorism and enhancing security, managing the US borders, enforcing and administering immigration laws, safeguarding and securing cyberspace, as well as strengthening national preparedness and resilience, the statement said.

The DHS faced a partial shutdown in March 2015, after US Senate Democrats blocked previously proposed DHS funding bills from coming to a vote because Republicans had included provisions barring funding for Obama’s November 2014 Executive Order that provides deportation relief for millions of illegal immigrants living in the United States.

US to Enhance Screening of All Airport-Based Employees

DHS Ranks Worst Place to Work for Among US Agencies