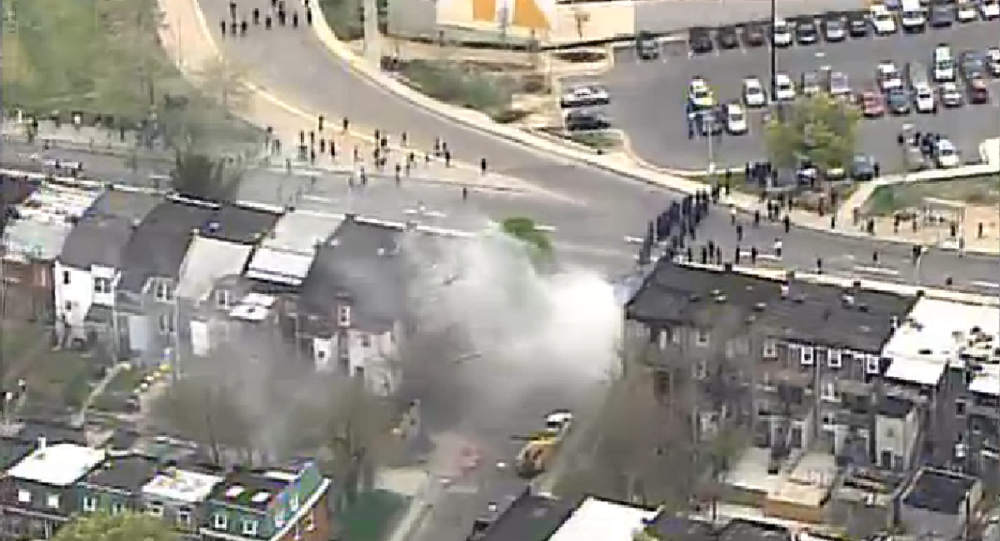 Police and protesters clashed Monday afternoon following the funeral of Freddie Gray, who died in police custody following his arrest on April 12. 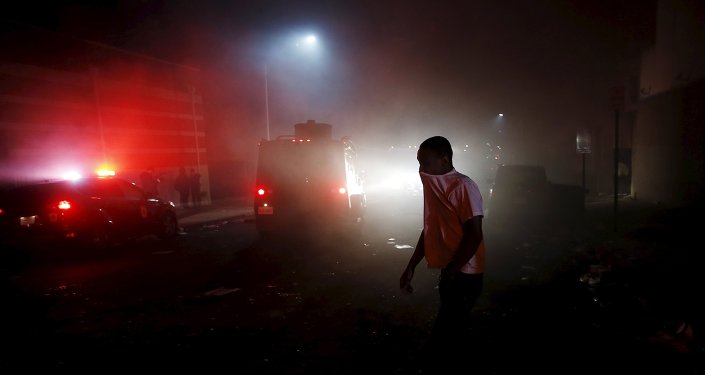 © REUTERS / JIM BOURG
National Guard Moves Armored Vehicles into Baltimore, Troops Authorized to Use Weapons
The altercation occurred at Mondawmin Mall in northwest Baltimore and spread to other parts of the city.

Armed SWAT teams arrived on the scene and reinforcements were sent into the area from neighboring counties. Maryland sent 50 state troopers to the Baltimore area.

Protesters could make their way to the City Hall in downtown Baltimore, according to local media reports, where a large police presence has already assembled.

Police are also concerned that the situation could become complicated by an Orioles baseball game scheduled for Monday night. Thirty thousand people could flood downtown for the sporting event. Police are currently trying to maneuver the demonstrations away from the downtown area.

According to police, Monday's protests became "very aggressive and violent," even more so than the weekend's demonstrations. Protesters began vandalizing police vehicles, and several were damaged. Video also showed at least one police car on fire.

Local news reported that public transportation was disrupted, including one metro station.

According to witnesses on the scene, rocks and bottles were thrown at law enforcement officers. In response, police reportedly began using pepper spray and mace against demonstrators.

Multiple arrests were made. According to Baltimore police, at least seven officers were injured. One suffered broken bones and is unresponsive. Crowds reportedly ignored dispersal orders.

Earlier in the day, police had indicated that there was a "credible threat" against police made by gangs, including the Black Guerilla Family, Bloods, and Crips.

Protests have occurred in Baltimore since the death of Freddie Gray on April 19, who suffered spinal cord injuries after being taken into police custody a week earlier. Gray had been unarmed at the time of his arrest.

Protests over the weekend led to the arrests of nearly a dozen individuals. Two journalists were also caught up in Saturday's protests, with City Paper's photo editor JM Giordano saying "They just swarmed over me," referring to police. "I got hit. My head hit the ground. They were hitting me, then someone pulled me out."

Gray's death brought to mind similar instances of police brutality against young black men across the country, including the shooting of Michael Brown in Ferguson and the death of unarmed Eric Garner in New York.