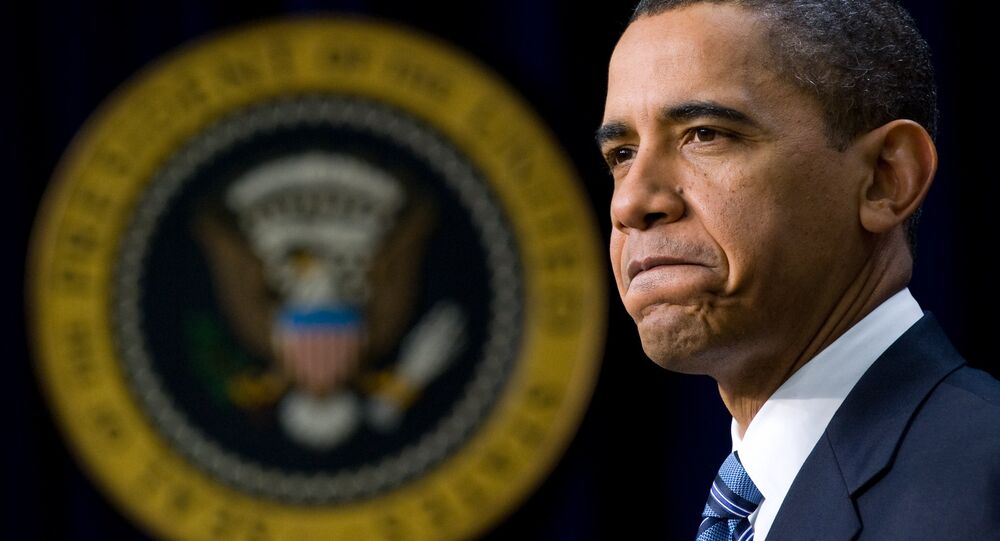 Senior American officials familiar with the ongoing investigation said that the White House's unclassified computer system was breached last year, as a result of which, hackers accessed some of Barack Obama's email correspondence.

WASHINGTON (Sputnik) – The White House's unclassified computer system was breached last year, as a result of which, hackers accessed some of US President Barack Obama's email correspondence, senior American officials familiar with the ongoing investigation told the New York Times.

The White House refused to identify the nationality of the hackers, however, the New York Times reported on Saturday that some sources familiar with the investigation claimed that "all signs pointed to Russians."

The hackers did not break into classified servers, but only obtained access to some email archives of people inside the White House who had communicated with Obama. The president's email account itself does not appear to have been hacked, according to the New York Times.

© AP Photo / Lee Jin-man
Russian Hackers Penetrate Unclassified Pentagon Networks - Ashton Carter
The spokeswoman for the National Security Council, Bernadette Meehan, declined to give any comments on the investigation to the publication, which did not receive any explanations from the White House on how the breach was handled either. The number of Obama's emails that hackers got their hands on was not disclosed.

According to the New York Times, the hackers also broke into the US State Department's unclassified computer system.

The revelation comes following US Defense Secretary Ashton Carter's Thursday claims that Russian hackers were responsible for a cyberattack on an unclassified US Department of Defense network.

In February, US Director of National Intelligence James Clapper said that Russia, China, Iran and North Korea represented major threats to US cybersecurity.

Criminal activity online is broadly estimated to cost the United States $100 billion annually, more than any other country, according to a 2014 report by the Center for Strategic and International Studies.

US Law Protects Press From Sony Lawsuits Over Hacked E-Mails

US Hacker Sentenced for Cybercrime Organized by Ukrainian Associates