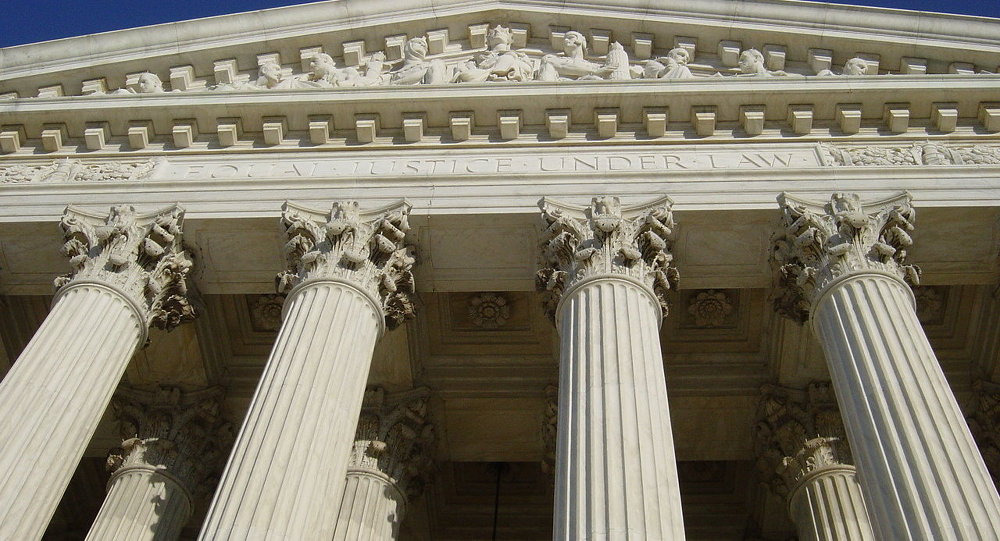 There are still four days left to go and people were already lining up on Friday afternoon outside of the US Supreme Court for what are expected to be historic arguments regarding same sex marriage, which are due to take place on Tuesday.

The case people are camping out for is  Obergefell v. Hodges, the case of an Ohio couple, Jim Obergefell and John Arthur, who were married on a medical jet in Baltimore as Arthur was near death and fighting ALS.

The problem is, not only is same-sex marriage illegal in Ohio, the state also does not recognize same-sex marriages from other states.  The couple wanted to be sure that Arthur’s death certificate listed him as “married”, which the court initially approved.  Sadly, the ruling was successfully appealed the following year.

Since Arthur’s death, Obergefell has not stopped fighting, and has continued to appeal the ruling.

Now, if the Obergefell wins the current appeal with the Supreme Court, Ohio will be required to recognize marriage certificates from other states.

The case naturally has an extremely large interest, but unfortunately, in order to hear oral arguments as they happen- you must be inside the courtroom where there is a limited amount of seating.

In the Supreme Court, there is no live audio or video allowed, however, with the historic nature and strong interest involved, the court has agreed to release an audio recording of the arguments later on in the day.

A group called the Coalition for Court Transparency sent a letter earlier in the year pushing for live audio and video coverage of the day’s speakers so that the world may “witness history as it happens.”

As it stands, their request does not seem to be being honored.

If Obergefell is successful and the court rules in his favor, it would open same sex marriage across the US.  Currently 36 states and the District of Columbia have marriage equality.