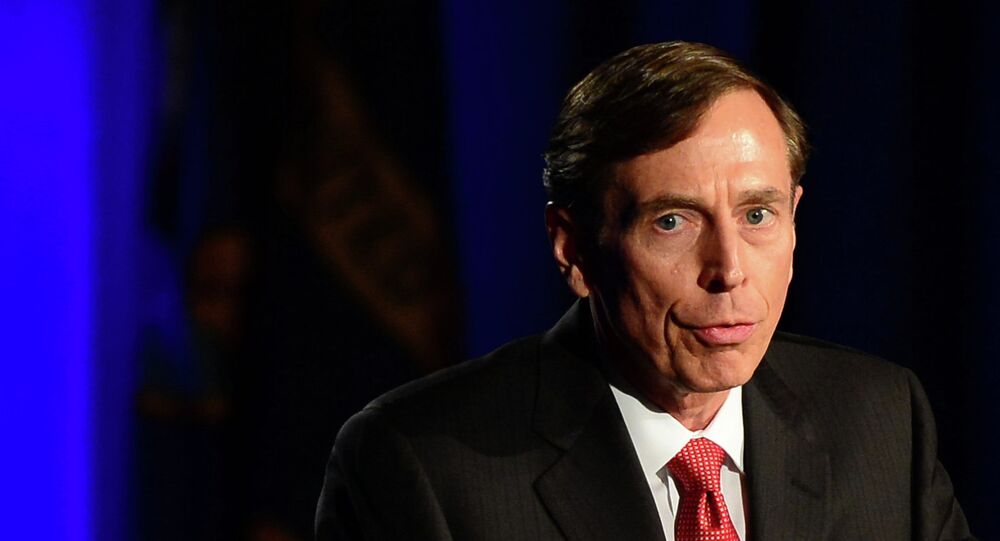 The retired four-star general pleaded guilty to leaking classified material to his then-mistress Paula Bradwell, and has been ordered to pay a $100,000 fine on top of his probation term. Prosecutors had originally recommended a $40,000 fine.

Speaking before a federal court on Thursday, General David Petraeus pleaded guilty to one misdemeanor count of leaking classified information, relating to the retention of top secret "black book" binders that he kept from his time as a commander in Afghanistan. This information was illegally provided to his biographer and mistress, Paula Broadwell, and the former CIA director has been sentenced with two years probation and a $100,000 fine.

When asked by US Magistrate Judge David Keesler if he was guilty, Petraeus responded with, "I am."

Yet despite this blatant admission of guilt in leaking classified government information, Petraeus will receive a far more lenient sentence than other whistleblowers. Private Chelsea Manning is currently serving a 35-year prison sentence for her part in disclosing diplomatic and military cables to Wikileaks, and former NSA contractor Edward Snowden is in hiding in Russia for his part in unveiling the US government's domestic spying apparatus.

"It's hard to reconcile cases like that, and it leads to the conclusion that senior officials are held to a different and more forgiving standard than others," Steven Aftergood, director of the Project on Government Secrecy for the Federation of American Scientists, told the Charlotte Observer.

Stephen Kim, a former State Department contractor, was sentenced to a 13 month prison sentence under the Espionage Act. That charge related to his telling a Fox News reporter that the US was concerned with North Korea's nuclear capabilities.

Petraeus had also lied during an official investigation, signing his name to form which attested to the fact that he was not in possession of any classified material. He also misled FBI agents, insisting he had not supplied secret material to Broadwell.

Included in the "black books" was information pertaining to coalition war strategies and names of active, undercover operatives, which was reviewed by Broadwell for her book, "All In: The Education of David Petraeus."

David H. Petraeus, a four-star US Army general who led military operations in Iraq and Afghanistan, and CIA director in 2011-2012.

The case has sparked controversy worldwide, with many feeling Petraeus was given preferential statement because of his position.

So Petraeus gets a misdemeanor… Meanwhile Snowden lives in exile in Russia and Chelsea is imprisoned for 35 years.

According to media reports, the decision of Attorney General Eric H. Holder Jr. to recommend probation outraged FBI officials who believe Mr. Petraeus was being given preferential treatment.

The US had also mulled the possibility of charging Broadwell, though that is looking less and less likely.

"The government hasn't pursued anything to date," defense lawyer Claire Rauscher told the Charlotte Observer. "I think it is highly unlikely she would be charged at this time."

Did White House Protect Petraeus From Prosecution Over Secrecy Breach?