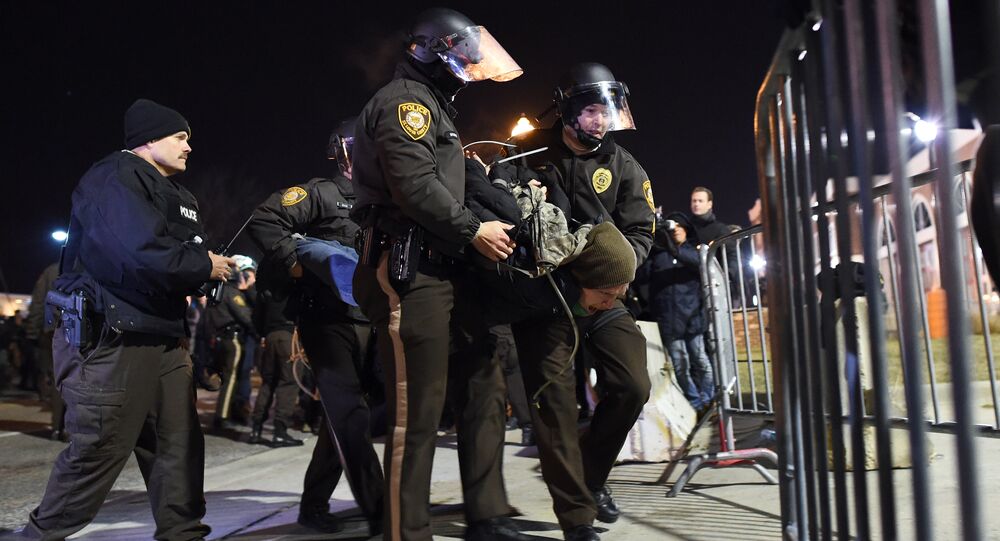 Strong evidence suggests that racial profiling, used by the US police, is ineffective and counter-productive as a law enforcement tool, according to the statement of The Leadership Conference on Civil and Human Rights CEO Wade Henderson.

© AFP 2021 / JEWEL SAMAD
US Needs National Standard Prohibiting Racial Profiling - US Senator
WASHINGTON (Sputnik) — The US police should stop practicing racial profiling because it has proven unproductive, The Leadership Conference on Civil and Human Rights CEO Wade Henderson said in a statement on the re-introduction of the End Racial Profiling Act (ERPA) in the US Congress on Wednesday.

“Strong evidence suggests that racial profiling is ineffective and counter-productive as a law enforcement tool,” Henderson said. “The Leadership Conference thanks Senator [Ben] Cardin and Representative [John] Conyers for re-introducing ERPA today and taking this vital step toward ending racial profiling in America.”

© Fotobank.ru/Getty Images / Scott Olson
Ferguson Law Enforcement Practices to Be Reformed – US Attorney General
The American Civil Liberties Union defines racial profiling as a law enforcement practice of targeting individuals for suspicion of crime based on their race, ethnicity, religion or national origin. The US Supreme Court ruled in 1996 that the practice is constitutional.

Henderson argued that racial profiling is undignified and makes US citizens less safe, while distracting law enforcement from focusing on apprehending serious offenders.

“Racial profiling robs people of their dignity, undermines the integrity of our criminal justice system and instills fear and distrust among members of targeted communities,” Henderson said.

The Leadership Conference on Civil and Human Rights is a US umbrella organization for civil rights groups that coordinates their lobbying efforts.

'America's Toughest Sheriff' on Trial for Racial Profiling in Arizona