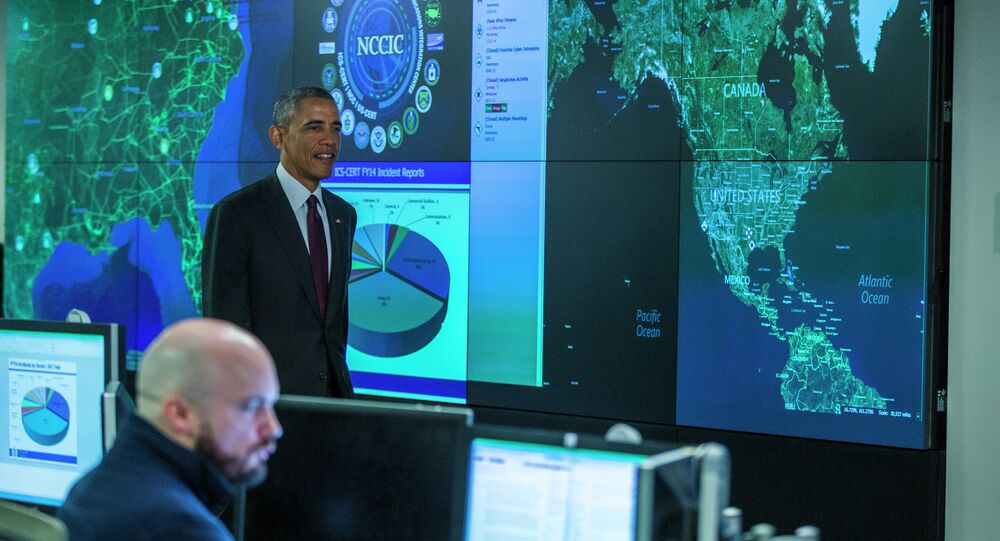 Electronic Frontier Foundation stated that Obama should reject the five cybersecurity bills that allow internet companies to hand over private information to the US government free from legal liability.

WASHINGTON (Sputnik) — US President Barack Obama should reject the five cybersecurity bills that allow internet companies to hand over private information to the US government free from legal liability, a coalition of digital rights organizations stated on Tuesday on the Electronic Frontier Foundation (EFF) website.

“The Electronic Frontier Foundation, Access and a coalition of other digital rights organizations have launched a campaign opposing legislative attempts to make information sharing between companies and the government easier,” the coalition statement said.

“The 5 bills — touted as cybersecurity bills — would provide legal avenues for Internet companies to share unprecedented amounts of data with the US government,” the statement added.

The coalition also urges the US public to sign a petition that will be presented to Obama and to tweet their members of Congress demanding to reject the bills.

In March 2015, technology companies and privacy and human rights groups wrote a letter to the Congress demanding an end to the mass collection of data in in the United States under the USA Patriot Act.

A number of Patriot Act sections will expire in June 2015, including the provision that authorized the US National Security Agency (NSA) to carry out bulk collection of US citizens' telephone records.