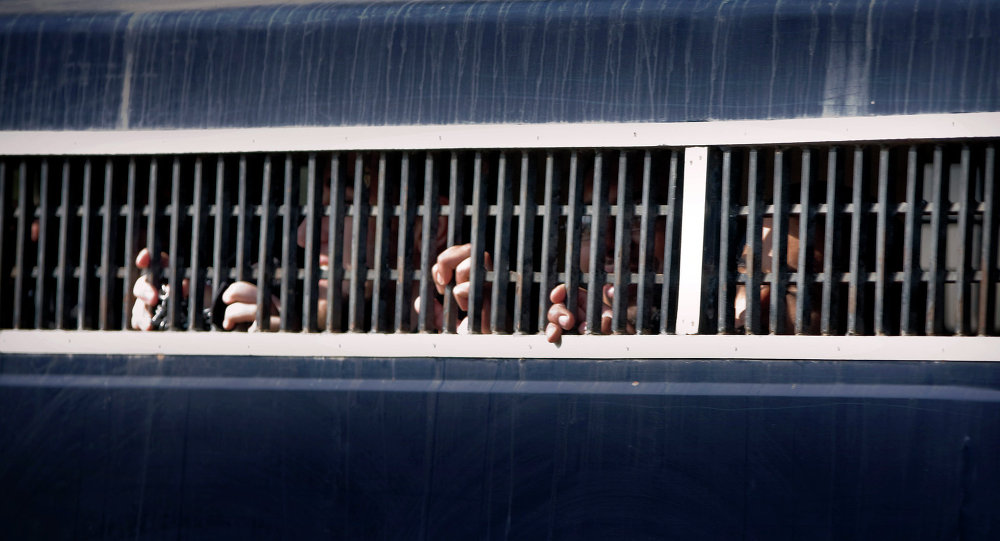 WASHINGTON (Sputnik) — Earlier on Monday, The Washington Post reported that its Tehran bureau chief Jason Rezaian had been charged by Iranian authorities with espionage and three additional serious crimes, including collaborating with hostile governments and propaganda.

“This case is just the latest example of the true nature of the Iranian regime,” the US Senators said on Monday. “The Obama Administration should demand Mr. Rezaian’s immediate release along with all other Americans wrongfully imprisoned in Iran prior to concluding a nuclear deal with this brutal regime.”

© AP Photo / Vahid Salemi
Iran Charges Washington Post Reporter With Espionage
Rezaian, who holds Iranian and US citizenship, initially worked in Iran as a special correspondent in 2012, and was arrested on July 22, 2014. Rezaian’s wife, Yeganeh Salehi, was also arrested, but she was later released on bail.

“Freedom of press is a right that should be guaranteed to all individuals regardless of their nationality,” the Senators said. “We urge the Iranian government to immediately and unconditionally release Mr. Rezaian.”

In March 2015, Rubio and Kirk led 19 other Senators in urging Obama to demand the release of Rezaian as well as other US citizens being detained in Iran.

Meanwhile, Iran and the P5+1 group of countries that include the United States, France, China, Russia and the United Kingdom plus Germany, are trying to finalize a nuclear agreement with Iran by June 30, 2015 to ensure the peaceful nature of the Tehran’s nuclear program.

Washington and Tehran broke off diplomatic relations in 1979 after the Islamic revolution took place in Iran.