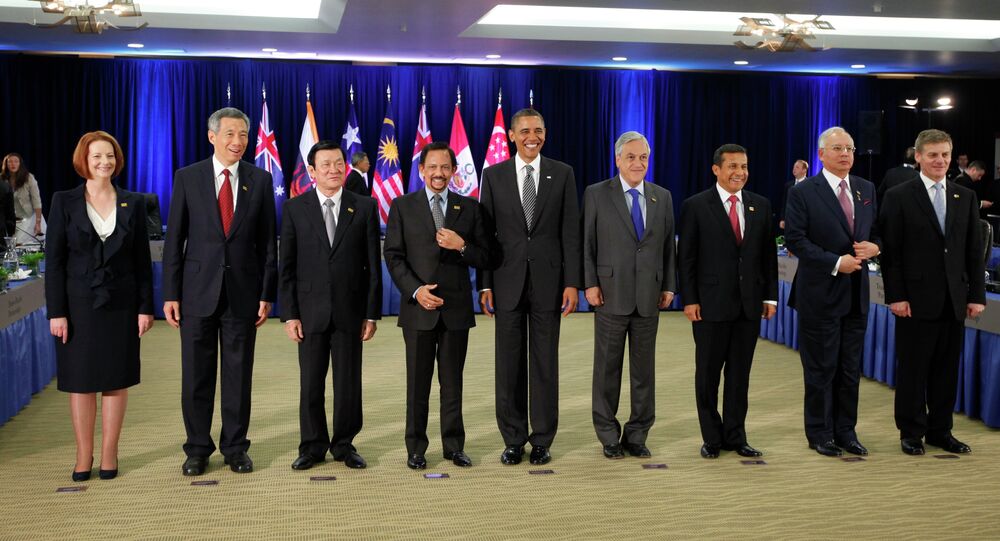 The Motion Picture Association of America and the United States Trade Representative secretly coordinated to put out the MPAA’s statement on leaked Trans-Pacific Partnership deal negotiations in 2013.

The TPP is a controversial international trade agreement, backed by the Obama administration, that critics argue has not been subjected to sufficient public scrutiny.

On November 13, 2013, WikiLeaks released the secret negotiated draft text for the entire TPP Intellectual Property Rights Chapter, which the secret-spiller website identified as perhaps the most controversial.

According to internal emails stolen during last fall’s hack of Sony and republished by WikiLeaks last week, studio spokeswoman Erica Netzley wrote to Keith Weaver, the studio’s head of worldwide government affairs, about the MPAA and USTR working together to come up with a statement.

"MPAA is putting out the below statement after getting the ok from USTR last night. I mentioned to Nick [Velazquez, Sony Executive Director for Government Affairs] that it seems the other studios are really fired up about this leak, so let me know your" point of view.

Netzley also said that Disney lobbyists in Washington, DC, drafted a memo to the US Chamber of Commerce, and were, along with the MPAA, pressuring the Chamber to leak the memo to the press.

© AP Photo / Jordan Strauss/Invision for SCEA
Sony CEO on Middle East: Let Them All Kill Each Other (Except Israel)

She wrote: "Disney DC reps have drafted a memo to the Hill (attached) pushing back on some of the key arguments which it is asking the Chamber to distribute and leak to press – the Chamber is considering the idea, MPAA, along with Disney, is encouraging them to do it.  Disney has asked others to reach out to the Chamber, as well, to encourage them to do it."

The leak came days before the decisive TPP Chief Negotiators summit in Salt Lake City, Utah, which Netzley pointed out to Weaver.

She wrote: "Working on having House Friends of TPP Caucus do some sort of open letter or joint op-ed in advance of next round of TPP negotiation is next week in Salt Lake City".