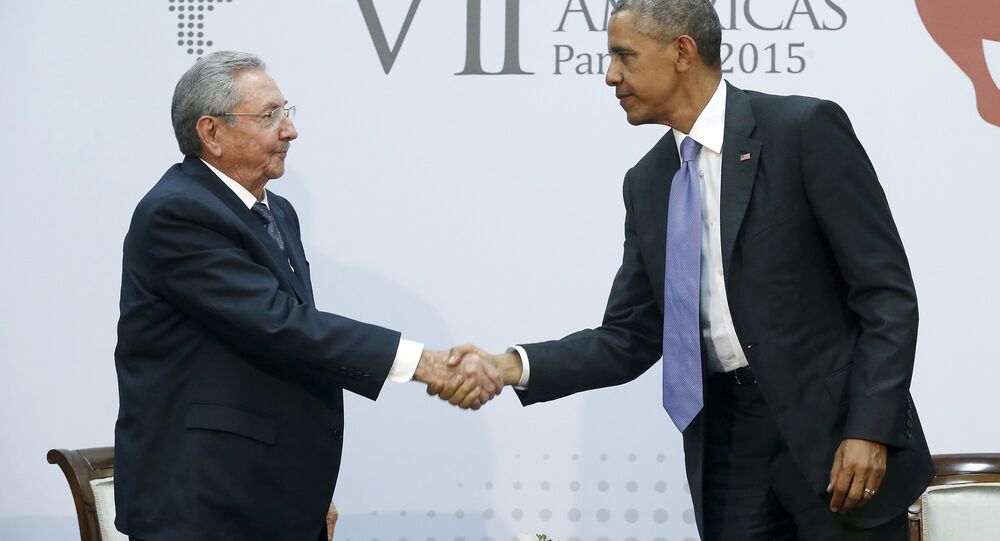 President Obama has approved a State Department recommendation to remove Cuba from the sponsor of terrorism list.

According to reports submitted to Congress by the White House, President Obama plans to remove Cuba from the list of states sponsoring terrorism.

In a message to Congress, the president said that the Cuban government "has not provided any support for international terrorism" over the last six months.

"We will continue to have differences with the Cuban government, but our concerns over a wide range of Cuba's policies and actions fall outside the criteria that is relevant to whether to rescind Cuba's designation as a State Sponsor of Terrorism," the White House said in a statement.

Cuba was first placed on the list in 1982, when the US accused the Castro government of promoting "armed revolution by organizations that used terrorism" in Latin America.

President Obama had been expected to make a decision in the coming days, as he and Cuban President Raul Castro had discussed the matter during a meeting at the Seventh Summit of the Americas in Panama.

Ben Rhodes, Deputy National Security Advisor for Strategic Communications & Speechwriting noted on Twitter that the decision should have been fairly obvious, since Cuba does not, in fact, sponsor terrorism.

Despite the presidents endorsement, his decision begins a 45-day review process in which Congress could potentially block Cuba's removal. A number of Republican legislators have expressed frustration with the normalizing in relations, and will likely be unhappy about this latest development.

Florida Representative Ileana Ros-Lehtinen issued a statement calling Cuba's removal for the terrorism list a "miscarriage of justice borne out of political motivations not rooted in reality," and added that the Obama administration was "so desperate to open up an embassy in Havana at any cost that it is willing to concede to Castro's demand."

State Department officials told the New York Times that their review had been thorough to ensure it would hold up to Congressional questioning.

The removal of Cuba from the list was considered a crucial step in normalizing relations between Washington and Havana. President Obama first announced his decision to restore diplomatic relations with Cuba in December, reversing a US foreign policy which had been in place for the last 50 years.

"The president has courageously decided to change a policy that doesn't work and to move us down a different path," Kerry said during an interview with ABC. "It will begin slowly. The first thing is diplomatic relations, then we will move towards a process of normalization."

Normalization will also likely include the restoration of diplomatic relations and the lifting of trade and travel restrictions.

With Cuba's removal, the only countries left on the US sponsor of terrorism list are Iran, Sudan, and Syria.