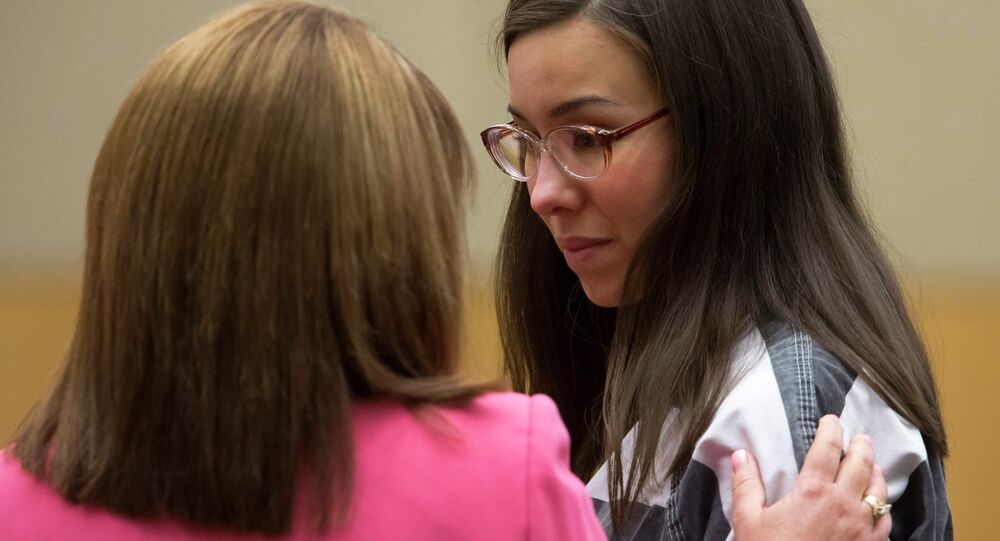 US murder convict Jodi Arias has been sentenced to life in prison without the possibility of parole.

WASHINGTON (Sputnik) — US murder convict Jodi Arias has been sentenced to life in prison without the possibility of parole for the killing of her lover Travis Alexander in 2008.

“Jodi Arias was sentenced Monday morning to life in prison without the chance of release for murdering her lover, Travis Alexander,” The Arizona Republic reported on Monday.

www.cwlee1986.blogspot.com
Majority of Spaniards Favor Scrapping Maximum 40-Year Sentence, Introducing Life Imprisonment
In 2008, Arias murdered 30-year-old Alexander, who was later discovered dead in his shower at his Mesa, Arizona home, where he was shot in the head, had his throat slit and was stabbed 30 times, according to local media.

While the US media covered the Alexander’s murder, the case gained national attention in 2013 when Arias was convicted of murdering Alexander.

Arias is expected to appeal her conviction, because her lawyers have compiled a dense report of their allegations of misconduct against prosecutor Juan Martinez over the two trials, local media said.

The Arizona legal community is putting together a dossier on Martinez, intending to file a complaint to the State Bar of Arizona regarding misconduct in the case, local media added.

US Troubled by Egypt Mass Rendering of 230 Life Sentences