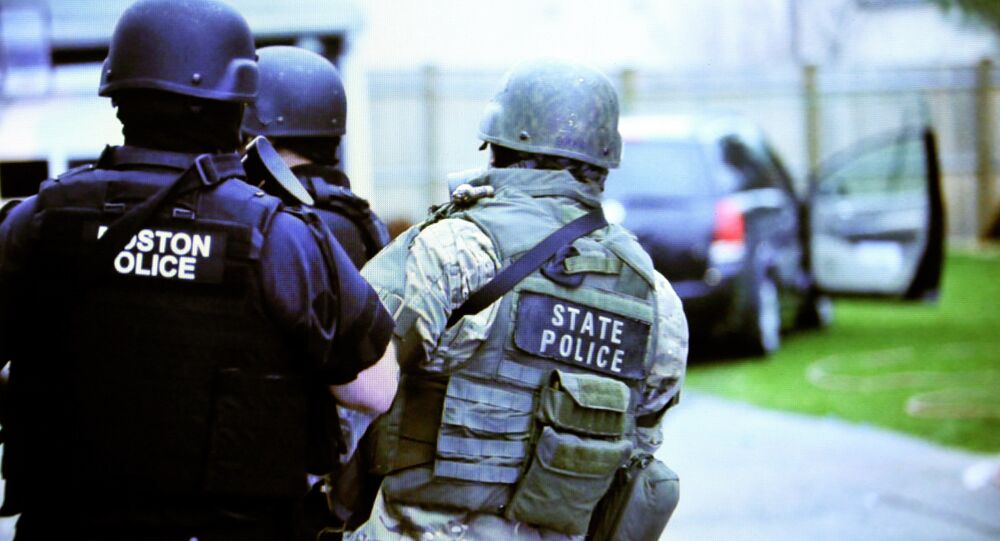 Some of the police officers who helped track down the Boston Marathon bombing suspects failed to demonstrate "weapons discipline" during the manhunt, creating a dangerous firefight at one point, according to a report released Friday.

The Massachusetts Emergency Management Agency (MEMA) released the 130-page report analyzing the response to the April 15, 2013 bombing which killed three people and wounded more than 260 others. While positive overall, the report does describe some failures on the part of police officers involved in the hunt and capture of the bombing suspects.

During the April 19, 2013 pursuit of brothers Dzhokhar and Tamerlan Tsarnaev, transit police officer Richard Donohue was critically wounded in the first encounter with the suspects.The report does not indicate whether Donohue was shot by fellow officers. Tamerlan, the elder Tsarnaev brother, was killed in that shootout.

An officer on the scene shortly after that incident also mistakenly shot an unmarked police car that had erroneously been reported stolen. The two state and Boston police officers in the vehicle were not hurt.

Later when police had located younger brother Dzhokar injured and hiding in a boat in a resident's backyard, an officer  "fired his weapon without appropriate authority." This caused other officers to believe they were being fired upon by the suspect, and open fire themselves as a consequence.

Before the Watertown shootout, the carjacking of Massachusetts Institute of Technology police officer Sean Collier resulted in the officer's death. And again, there was a "weapons discipline" problem.

"Although initial responding officers practiced appropriate weapons discipline while they were engaged in the firefight with the suspects, additional officers arriving on scene near the conclusion of the firefight fired weapons toward the vicinity of the suspects, without necessarily having identified and lined up their target," the report said.

Coordination and management of the wider force that turned out, largely of their own accord, was lacking, the report notes. Around 2,500 police officers — many of them "self-deployed" from neighboring regions and states — converged on a Watertown staging area to help with the manhunt.

© AP Photo / Julio Cortez
"Self-deployed" police officers who came to boston to help find the bombing suspects, but "few were provided oversight, situational awareness, or guidance," according to an assessment released Friday

The general assessment of the city and state's response was positive, however.

"Overall, the response to the Boston Marathon bombings must be considered a great success," the report stated.

In particular, it praised the medical response to the emergency, noting that while three people died at the scene of the bombing, everyone who managed to make it to a hospital survived.

The report notes that the very fact of the massive size of the Boston Marathon meant area officials were already uniquely used to coordinating with one another's agencies.

"These relationships built the trust and rapport that allowed for Unified Command (UC) to come together organically and quickly," the report states.

In a statement, Boston Mayor Marty Walsh said he was pleased with the report's findings.

"I know that over the past two years city departments have worked together diligently to take the lessons learned from the bombings and drastically improve our emergency response protocols so we are even better prepared for the future, and we can set the example for other cities," Walsh said.

Dzhokar Tsarnaev is currently on trial facing federal charges. The defense rested its case on Wednesday and closing arguments are expected on Monday. Though his attorney admitted in opening statements that his client participated in the bombing, he has argued that his older brother Tamerlan was the mastermind of the plot.

MEMA had said that it delayed the release of the report so that it wouldn't disrupt the Tsarnaev trial or coincide uncomfortably with this year's race.

"We're starting to get 2015 Boston Marathon stories going, and we felt at this time it probably wouldn't be advantageous, if you will. It might take away from the positive stories around this year's marathon. So the decision has been made to wait until after this year's marathon goes forward," said MEMA spokesman Peter Judge in March.