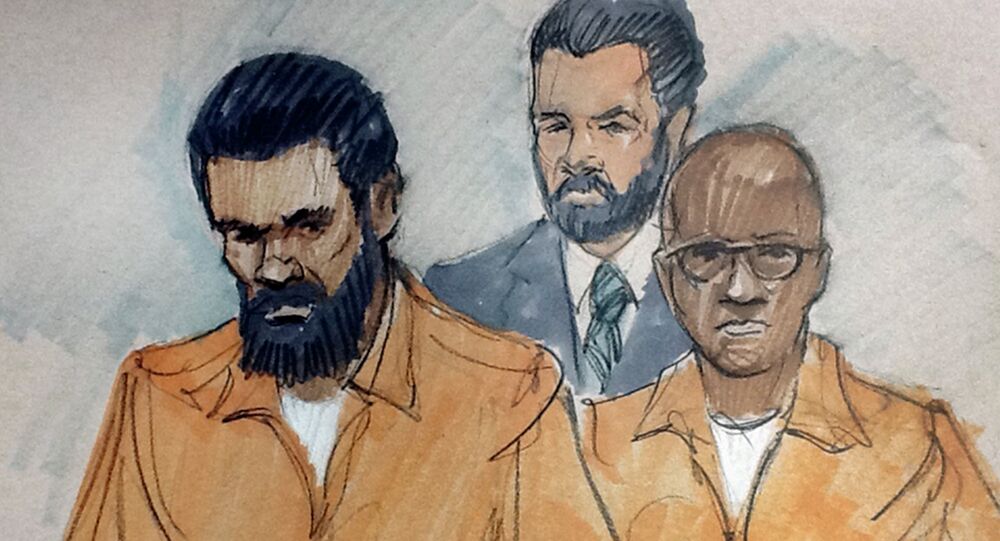 US Army National Guard Specialist Hasan Edmonds was indicted in Illinois for allegedly trying to provide material support to the Islamic State.

WASHINGTON (Sputnik) — A US Army National Guard soldier and his relative were indicted in the US state of Illinois for allegedly trying to provide support to the Islamic State, the US Justice Department announced on Friday.

“US Army National Guard Specialist Hasan Edmonds, 22, and his cousin, Jonas Edmonds, 29,… were charged in an indictment filed yesterday in US District Court of the Northern District of Illinois with one count of conspiring to provide material support and resources to a foreign terrorist organization,” the Justice Department said.

Ruben Diaz
US Woman Arrested for Attempting to Join Islamic State - DoJ
The Justice Department did not mention what actions led to the indictment, but only noted the two allegedly conspired to provide material support to the Islamic State.

Both men were arrested in March by the Federal Bureau of Investigation’s Joint Terrorism Task Force in Chicago.

In a separate case on Friday, a woman in Philadelphia, Pennsylvania was also arrested and charged with providing material support and resources to the Islamic State and with attempting to join the terrorist group.

The arrests come as concerns mount in the United States that homegrown terrorism could strike the country in the wake of the rise of the Islamic State in Iraq and Syria, and an ongoing United States-led coalition bombing campaign against the militant group.