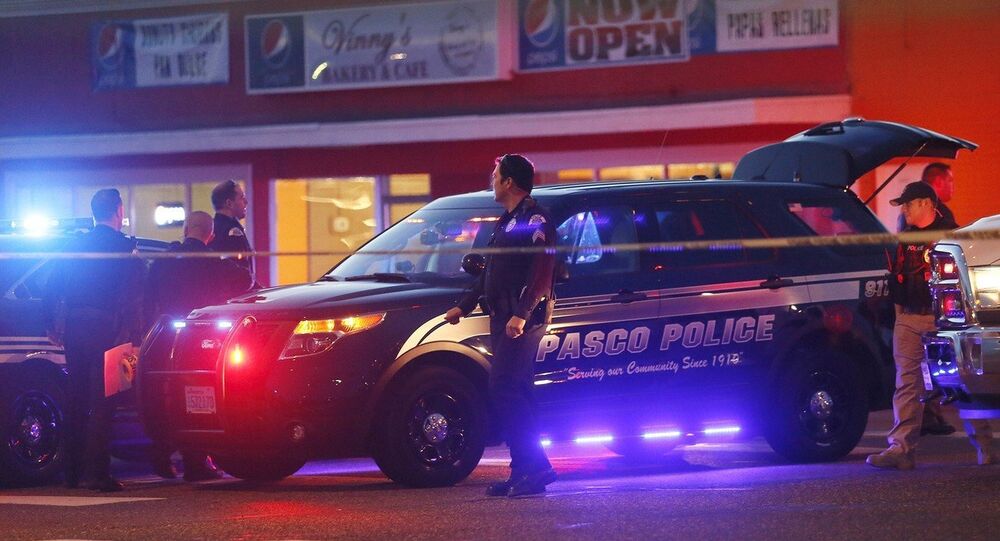 Amnesty International USA said that the United States has to reform its policies for the use of firearms by law enforcement officers.

WASHINGTON (Sputnik) — The United States has to reform its policies for the use of firearms by law enforcement officers amid a growing number of fatal accidents, Amnesty International USA said in a press release.

“In the wake of lethal shootings of unarmed men of color by police this week in Madison, Wisconsin and suburban Atlanta, Amnesty International USA renewed calls for a nationwide review and reform of lethal force policies for law enforcement agencies,” the press release, issued on Wednesday, said.

© AP Photo / Jeff Roberson, File
Ferguson Police Chief Resigns After Scathing DOJ Report
Last Friday, white police officer Matt Kenny shot and killed 19-year-old Tony Robinson after allegedly being assaulted by the teenager. The incident took place when Kenny responded to a call about a man getting in the way of traffic.

On Monday, US media reported that an unarmed African American man, who was crawling naked in Atlanta-area parking lot, was fatally shot by a white police officer.

Amnesty International USA underscored that deadly force should only be reserved as a last resort in the face of imminent death or serious injury. “We urge legislatures at the state and federal levels to pass laws that conform to international standards for the use of lethal force,” it said.