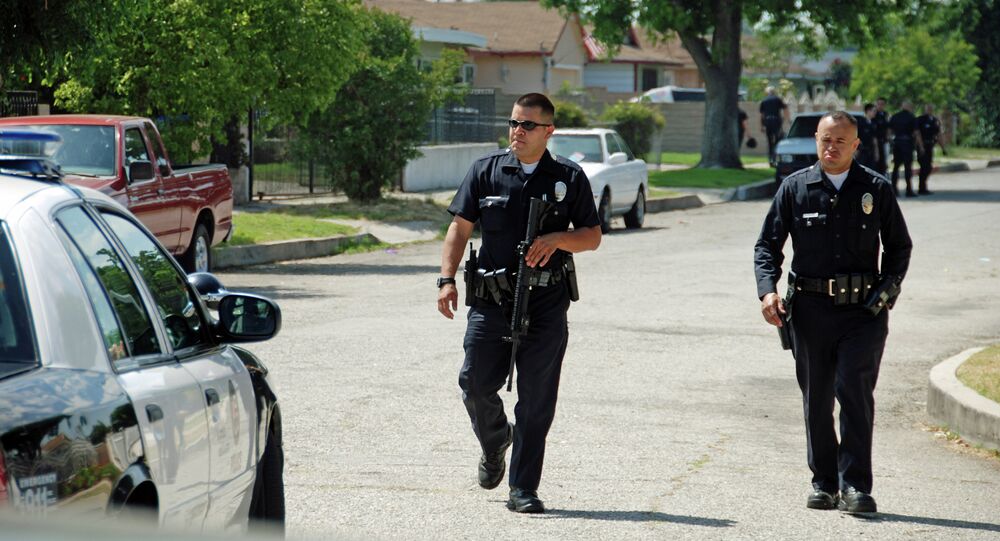 DCFerguson activist Eugene Puryear said in a testimony before a Washington, DC City Council hearing on justice oversight that the Chief of the Washington, DC Metropolitan Police Department supporting advanced weaponry that oppress black communities on the streets.

“Chief Lanier has been openly supportive of the 1033 program, which puts advanced weaponry on the streets… and has been deep in the limelight about the type of militarized policing which is victimizing black communities in this country,” Puryear said on Tuesday.

Puryear said he denounced other discriminatory MPD practices such as racial profiling and so-called “jump-outs,” wherein undercover police officers jump out of unmarked vehicles to question minorities without a probable cause.

As Puryear testified, a handful of supporters of the DCFerguson movement periodically held up “Stop Jump-outs!” signs.

Puryear said Lanier’s reported denials of such police practices were “insulting” to those traumatized by them. He also alleged Lanier is supporting the establishment of “military checkpoints” throughout Washington, which he argued violate constitutional and human rights.

Seema Sadanandan, an Advocacy Director for American Civil Liberties Union (ACLU), also took aim at the MPD during Tuesday’s City Council hearing, as she condemned the over policing of minority communities.

“In the District [Washington, DC], our criminal justice system is the primary engine of racial injustice,” Sadanandan said.

Later on Tuesday, Lanier testified at the hearing and explained that the “jump-outs” have to do with undercover officers that only engage individuals when they observe criminal activity.

In August 2014, Lanier said she supported the 1033 program, a US Department of Defense initiative that provides local police departments with military grade equipment.

Lanier argued that the obtained equipment are “essential to safeguarding District residents,” from lone gunmen to heavily-armed criminals, according to an MDP press release.

The DCFerguson movement was established in the nation’s capital after the murder of unarmed black teenager Michael Brown by a white policeman in the Ferguson, Missouri. The movement seeks to put an end to police allegedly targeting African-Americans.

Florida is 'Prime Location' For Human Trafficking in US - Local Police