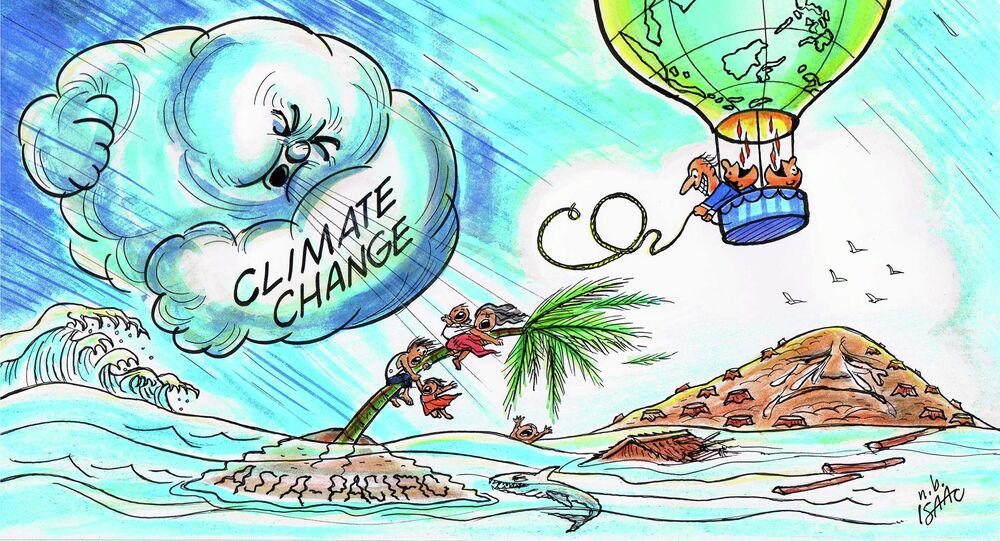 US Department of Environmental Protection Deputy Press Secretary Dee Ann Miller commented on reports that the department's employees in Florida had been ordered not to use terms “climate change” or “global warming”, calling them false.

WASHINGTON (Sputnik) — Reports that the US Department of Environmental Protection (DEP) employees in Florida have been ordered not to use terms “climate change” or “global warming” are not true, DEP Deputy Press Secretary Dee Ann Miller told Sputnik.

“This is simply not true,” Miller said on Monday.

The Florida Center for Investigative Reporting (FCIR) published a report on March 8, calming that an unwritten policy of not using any terms related to climate change in DEP official communications went into effect after Florida Governor Rick Scott took office in 2011.

© Photo : PIxabay
Orwell's '1984' for Ecology? Florida Silences Climate Change Terms - Report
Scott has been arguing that he is not convinced climate change is caused by human activity.

Miller told Sputnik she cannot speculate as to why former employees would make such statements or the reasoning or motive behind their claims.

Scientists have already observed changes in Florida that are consistent with the early effects of global warming, according to the environmental advocacy group the Natural Resources Defense Council. The changes include retreating and eroding shorelines, dying coral reefs, salt water intrusion into the freshwater aquifer, increasing numbers of forest fires, and warmer air and sea surface temperatures.