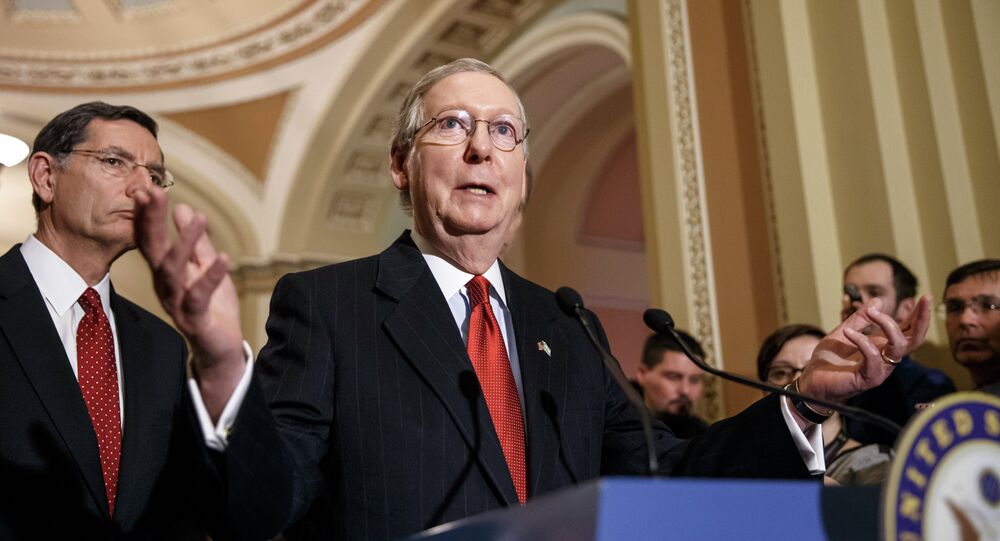 US Senate Majority Leader Mitch McConnell said that the US Senate will debate the Iran Nuclear Agreement Act that requires congressional approval of any US agreement reached with Iran.

WASHINGTON (Sputnik) — The US Senate will debate the Iran Nuclear Agreement Act (INARA) that requires congressional approval of any US agreement reached with Iran, US Senate Majority Leader Mitch McConnell said on the Senate floor.

“Congress must be involved in reviewing and voting on an agreement reached between this White House and Iran,” McConnell said on Tuesday. “That’s why I’m acting to place this bipartisan bill on the legislative calendar.”

© REUTERS / Social media Web site via Reuters TV
EXCLUSIVE: Iran Offers Safekeeping for Iraq’s Ancient Relics from ISIL
The intention of the US President Barack Obama administration to reach a preliminary nuclear deal with Iran without the input of the US Congress is “worrying,” McConnell added.

The discussion on the bill is expected to start next week.

"We think the timing is important. We think it will help the administration from entering into a bad deal. But if they do, it will provide an opportunity for Congress to weigh in,” McConnell said.

The White House said President Obama would veto any legislation on Iran as long as negotiations with Tehran continue.

Currently, the P5+1 group, comprising of Germany, Russia, the United Kingdom, France, China and the United States, is in diplomatic negotiations with Iran to reach a preliminary deal over the country’s nuclear program by the end of March.