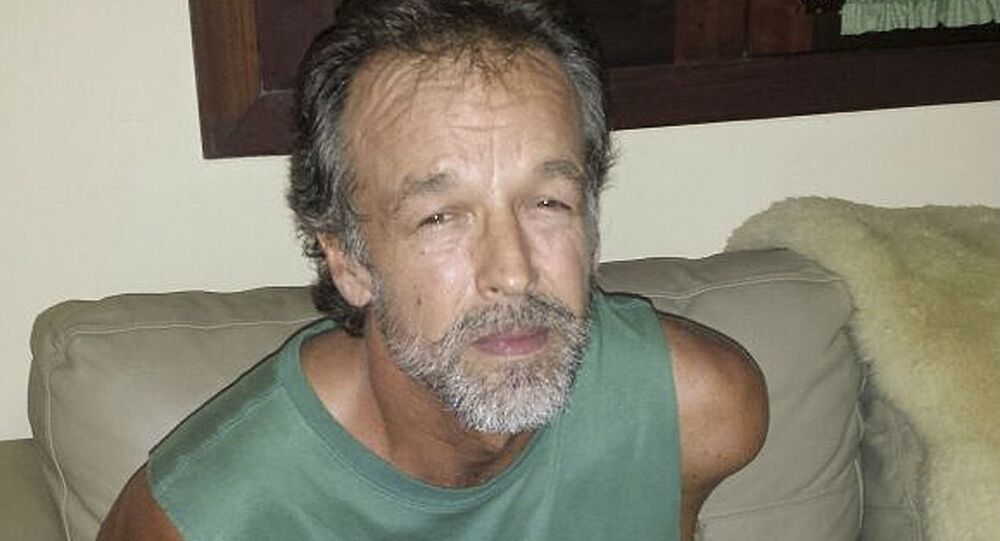 An American pastor wanted for 59 counts of sexual misconduct was arrested Friday in northeastern Brazil.

Victor Arden Barnard, 53, was on the US Marshals’ Most Wanted List  — along with a $25,000 reward — for crimes related to his “River Road Fellowship” in Minnesota and Washington state, where he allegedly abused young girls.

"The U.S. Marshals Service International Investigations Branch coordinated efforts with law enforcement and military in Brazil, and Barnard was taken into custody without incident," according to a U.S. Marshall's statement.

Barnard’s ministry started in the mid-1990s and within a few years involved the formation of a “Maiden's Group”, which consisted of the first-born daughters of his congregants, some as young as 12. They lived in cloistered conditions with him on a church compound — called “Shepherd’s Camp” — in a secluded area in Pine County, Minn., about 100 miles north of Minneapolis.

"They were pretty self-sufficient," Pine County Chief Deputy Steven Blackwell told the Associated Press in April 2014. "They processed their own meat; they grew their own crops. As much as they could, they kept themselves separated from regular society."

According to the criminal complaint, in 2009, due to a rift in the group after “Barnard had admitted to having sexual relations with multiple married women in the group,” he moved the Fellowship to Washington State, where it continued until 2012 when he fled to Brazil.

Charges were officially filed against Barnard in 2014 after two women — former “alamoths” as the girls of the “Maiden’s Group” were called — had come forward with allegations of abuse spanning years.

One of the women, Lindsay Tornambe, says she was 13 when she went to live with Barnard and that he abused her regularly until she was 22 and moved to Pennsylvania to be with her parents in 2010

"He taught that in the Bible, the church was the bride of Christ and because he was Christ in the flesh, the church was supposed to be married to him," Lindsay Tornambe told CNN about being sent to the Maiden’s Group at age 13. "At that time, I didn't really understand the fullness of what it meant."

In 2011, another woman reached out to Tornambe with a similar story of abuse, saying she had been abused between the ages of 12 to 20 years old. In 2012, the women contacted Minnesota authorities.

In Brazil, Barnard was found with a 33-year-old woman, and both are currently being held in the city of Natal, awaiting extradition to the United States.