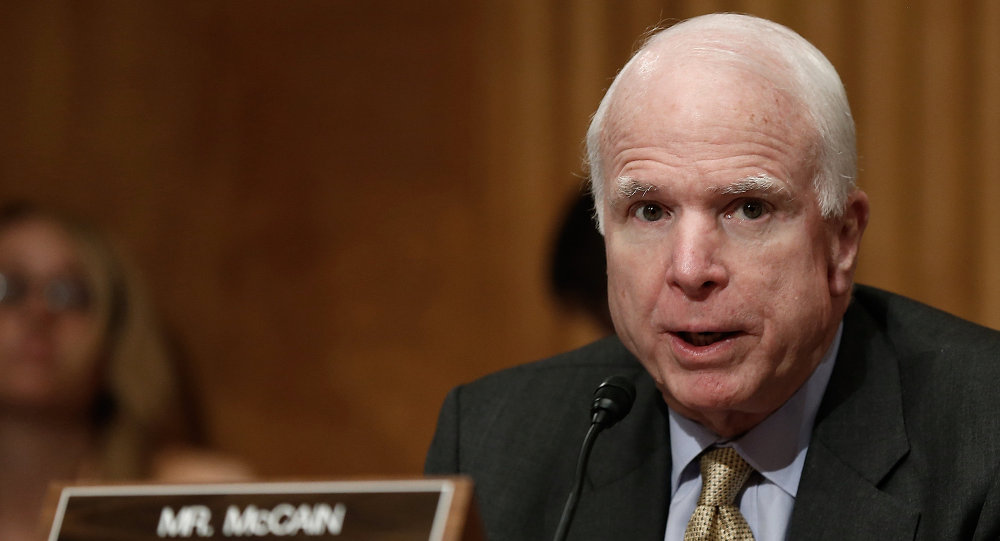 The net neutrality rules have drawn mixed reactions from US Senators.

WASHINGTON (Sputnik) – The net neutrality rules adopted on Thursday by the US Federal Communications Commission (FCC) have drawn mixed reactions from US Senators, with those from US President Barack Obama’s Democratic Party celebrating and opposition Republicans offering criticism.

But Republicans were quick to denounce the rules, saying they will increase prices and government power over the web.

The net neutrality rules introduce archaic federal regulations that will restrict the freedom and ingenuity of the Internet, US Senator John McCain said in a press release.

“I am disappointed by the FCC’s vote today, a move that, in the name of so-called ‘net neutrality,’ drastically increases the government’s role over our nation’s broadband – an effort I have long opposed,” McCain said on Thursday. “Today’s party-line vote to force an innovative and relatively unencumbered Internet into federal regulations created for monopoly-era phone companies is unfortunate.”

© Flickr / Stephen Melkisethian
Net Neutrality: FCC Votes to Keep 'Open & Free' Internet
The FCC’s move “to bless a 317-page plan to regulate the Internet,” according to McCain, upends a longstanding hands-off approach and is a decision that Congress ought “carefully consider and correct.”

US Senator Dan Coats said in a statement on Thursday “I am firmly opposed to the FCC’s plan to regulate the Internet. These rules will lead to more expensive Internet access and slower service expansion for consumers”.

US Senator Steve Daines called the rules a “government takeover of the Internet” and a “shortsighted regulation” that will likely increase Internet costs.

Broadband Internet is slower and more expensive in the United States than most industrialized countries, according to the New America Foundation, a Washington, DC-based think-tank.

The new rules give the FCC authority to regulate the Internet like a public utility while barring Internet service providers from blocking access to legal content, speeding up or slowing down access to content, or prioritizing certain sites in exchange for payment.