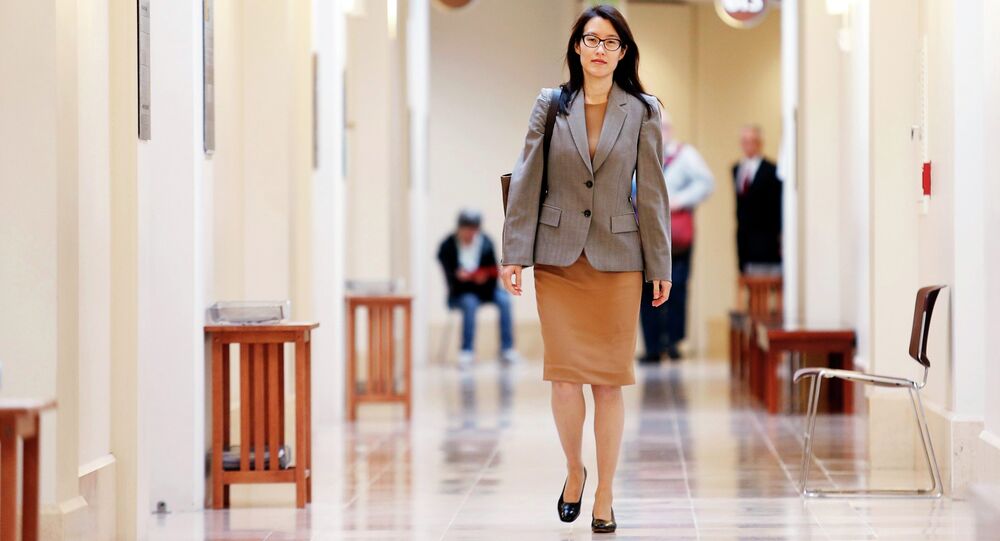 The current CEO of Reddit alleges that during her time with a Silicon Valley venture capital firm, she was repeatedly passed over for a promotion.

© AP Photo / Keystone, Walter Bier, file
Magazine: Silicon Valley Tech Firm Employees Leading Anti-Vaccine Movement
On Tuesday, San Francisco Superior Court heard the opening statements of a lawsuit brought by Ellen Pao, a former employee of Kleiner Perkins Caufield and Byers, one of Silicon Valley's top providers of venture capital. She alleges that during her time with the company, she was denied a promotion on the basis of her gender, and subjected to sexual harassment from male colleagues.

"Kleiner Perkins used Ellen Pao's many talents for six years, but when it came time to pick who would be the next generation of investing leaders at Kleiner Perkins, Kleiner only picked men,"  declared attorney Alan Exelrod, representing Pao, in his opening statement to the jury.

However, the company's attorney Lynne Hermle told those present, "There is an entirely different explanation for Ellen Pao’s failure to succeed at Kleiner Perkins," said Hermle in her statement. "She did not have the necessary skills for the job. She did not come close."

In her lawsuit, Pao alleges that after breaking off in 2006 a brief relationship with a junior partner at the firm, her colleague retaliated against her in various ways, including deliberate exclusion from communications and meetings, and that in 2007 a senior partner at the firm gave her drawings and poems with a sexual content, and asked her out to dinner when his wife was out of town, an offer which she declined as inappropriate.

Other examples of sexual discrimination referred to by Pao include being excluded from business events, men engaging in "very offensive sexual talk," and instances of female Junior Partners being asked to take notes at meetings as though they were secretaries. According to Pao, herself and other female Junior Partners at the firm were repeatedly passed over for promotion in favor or less experienced male colleagues.

© AFP 2021 / NICHOLAS KAMM
Obama to Host Cybersecurity Roundtable in Silicon Valley
In its trial brief, Kleiner Perkins responds that Pao "was ultimately asked to leave because she could not demonstrate the skills necessary for success as an investing venture capitalist. Pao had conflicts with most of her colleagues, men and women, and frequently complained about them."

Pao is seeking $16 million in damages, a sum which Kleinier Perkins wants to limit by arguing that Pao, who is currently CEO of Reddit, has done well financially since being fired by the company in 2012, six months after filing the lawsuit.

The case has drawn widespread attention, as it draws on longstanding allegations of a lack of diversity in high technology companies and venture capital firms. A report from the Diana Project published in 2014 found that the proportion of female partners in venture capital firms had declined from ten percent in 1999 to six percent last year, with 139 at the time of the report's publishing.

US DoJ Preparing to Sue Ferguson Police for Discrimination – Reports