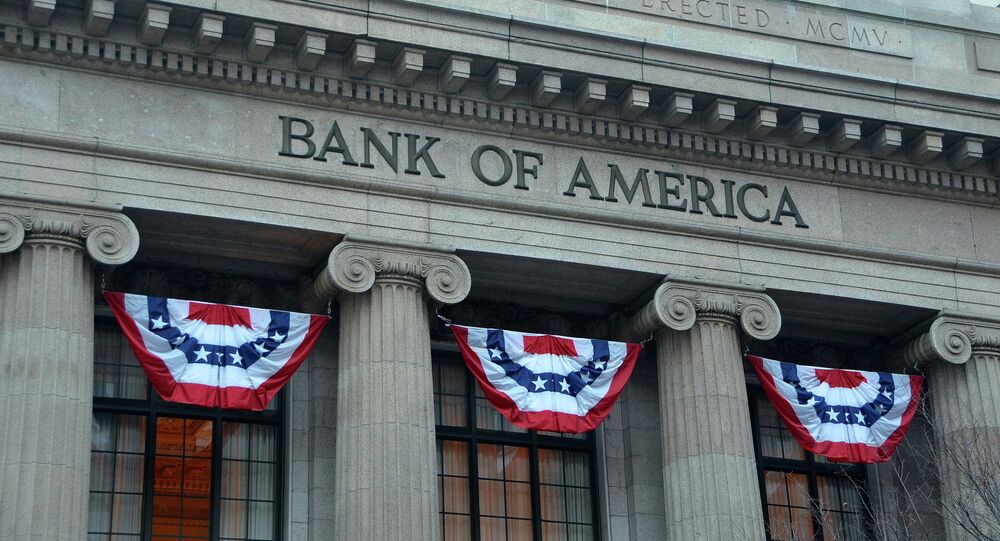 US Department of Justice stated that Bank of America senior vice president pleaded guilty to abuse of funds that resulted in a loss of millions of dollars.

WASHINGTON (Sputnik) — A Bank of America senior vice president pleaded guilty to abuse of funds that resulted in a loss of millions of dollars, according to a US Department of Justice statement issued on Tuesday.

“A former senior vice president of Bank of America (BOA) in Las Vegas pleaded guilty to misapplication of bank funds in a scheme that led to over $6.4 million in losses to BOA on two business-related loans,” the statement said.

Justin Brough admitted to misapplying funds for a $6.3 million short-term construction loan and a $600,000 line of credit in connection with the acquisition of a business, the statement added.

© AP Photo / Richard Drew
Bank of America to Pay Huge $16.65 Bln Penalty Over Mortgages
Brough explained that none of the borrowers qualified for the loans as they did not meet the bank’s underwriting requirements, the statement said. He admitted to falsifying documents to help the borrowers obtain the loans, which included forged signatures on loan papers, according to the statement.

When the borrowers had difficulty paying back the loans, Brough used the bank general ledger fund to pay $436,676, the statement said, and disguised the payments as “good will” and refunds of different fees.

Brough kept each individual payment under $10,000 in order to not have to seek additional approval within Bank of America, the statement read.

Both borrowers defaulted on their payments.

The Federal Bureau of Investigation and the Office of the Special Inspector General for the Troubled Asset Relief Program (SIGTARP) have investigated the case, according to the statement.