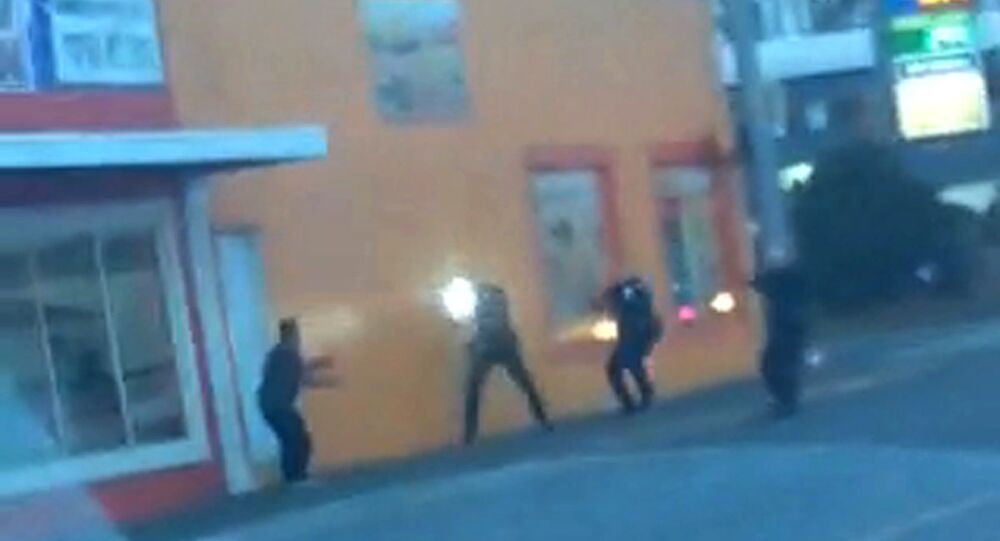 More than 1,000 activists joined a peaceful rally to protest the fatal police shooting of Antonio Zambrano-Montes, an unarmed 35-year-old Mexican-born resident who was killed by police in Washington State.

The town of Pasco claims fewer than 68,000 residents of which, according to the most recent census, nearly 56 percent are Hispanic.

Many members of the Hispanic community gathered in Volunteer Park Saturday to commemorate Zambrano-Montes who was killed last Tuesday and to demand justice for his killing. Cell phone video shows the father of two surrendering to police when three of them opened fire, hitting him multiple times in the torso. He died from his wounds.

Zambrano-Montes had allegedly been throwing rocks at motorists and then at officers who approached him. The video shows him fleeing from police but he then stopped and turned around when police opened fire.

His family has filed a $25 million lawsuit against the city alleging that the officers killed the Zambrano-Montes "execution style.” The lawsuit identifies the three officers as Ryan Flanagan, Adam Wright, and Adrian Alaniz and alleges Flanagan "has a prior history of official misconduct in civil rights matters.”

An aerial view of the anti-police brutality protest at Volunteer Parkin in Pasco #PascoShooting pic.twitter.com/0tLQSFul1M

They family told reporters Zambrano-Montes wouldn't have been able to understand the officers’ commands. Even then, they argue that the video shows he was clearly non-threatening.

"After Mr. Zambrano-Montes reached the other side of the street and got on the sidewalk, he continued to walk away from the officers with his hands out where they could be seen, again showing that he had no knife, no gun or nothing else in his hands that would cause a threat to the three officers who were then lined up on the sidewalk behind… Antonio Zambrano-Montes," the lawsuit alleges.

A city spokesperson said the shooting was the fourth fatal officer-involved shooting in Pasco in the last seven months. Another source says it was the seventh in the last 10 months.

Thursday, the Mexican consul in Seattle wrote a letter to Police Chief Robert Metzger asking asked for a thorough investigation "in accordance with the Vienna Convention on Consular Affairs provision, to which both Mexico and the United States are parties.” Eduardo Baca expressed "deep concern over the unwarranted use of lethal force against an unarmed Mexican national by police officers."

After a memorial, family members of Zambrano-Montes led participants on a march during which they chanted “Black lives matter, Hispanic lives matter,” “Hands up, don’t shoot,” and “el pueblo unido jamás sera vencido.