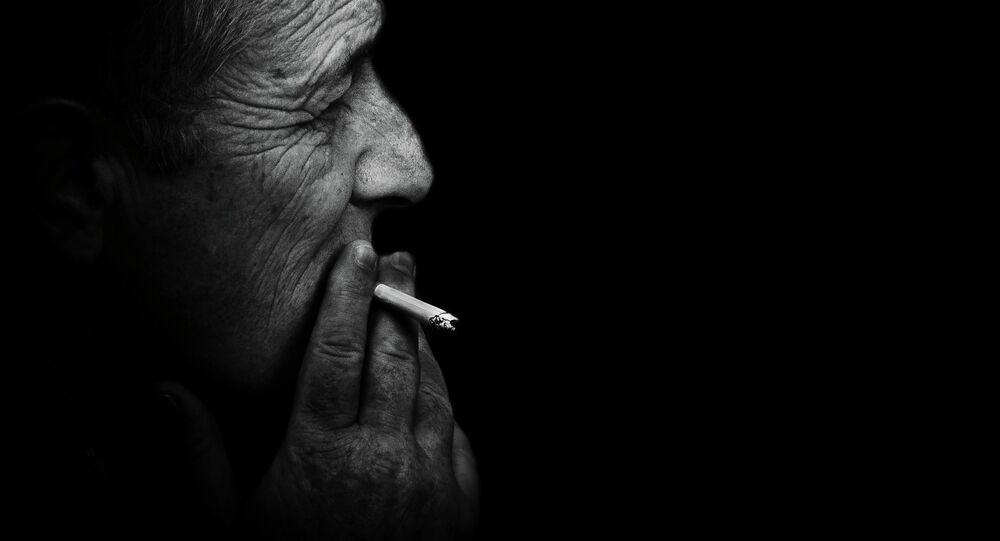 The number of people age 65 and older serving sentences in US state and federal prisons doubled since 2007, even as the overall prison population fell slightly, according to the statement of Human Rights Watch (HRW).

© Photo : facebook.com/freebarrettbrown
US Journalist Covering Anonymous Gets Five Years in Prison for Sharing Link
WASHINGTON, (Sputnik) — The number of elderly people serving sentences in US federal and state prisons has doubled since 2007, Human Rights Watch (HRW) said in a statement on Monday.

“The number of people age 65 and older serving sentences in state and federal prisons has doubled since 2007, even as the overall prison population fell slightly,” Senior Advisor at HRW Jamie Fellner said. “US prisons increasingly resemble high-security nursing homes, as the number of aging inmates continues to soar.”

The number of elderly prisoners increased from 73,000 in 2007 to 144,104 in 2013, according to the HRW, which used Bureau of Justice Statistics data to calculate the extent of the increase.

© Sputnik / Denis Voroshilov
US Senate Republicans Introduce Moratorium on Gitmo Prisoners Transfer
The increase has been driven by strict sentencing laws, the imposition of life sentences, and abolition of parole programs in many states, according to the statement.

HRW called on officials to reform sentencing laws, arguing that elderly offenders are unlikely to commit crimes upon release and that keeping them in prison is excessively expensive.

“Neither justice, fiscal prudence, nor public safety are served by the continued incarceration of the people whose minds and bodies have been whittled away by age and illness,” Fellner said. “Lawmakers should ensure aging and incapacitated prisoners who can safely be released are not kept behind bars.”

According to HRW, officials block most requests for early relief and many prisoners will remain behind bars until they are in their 80s or older.