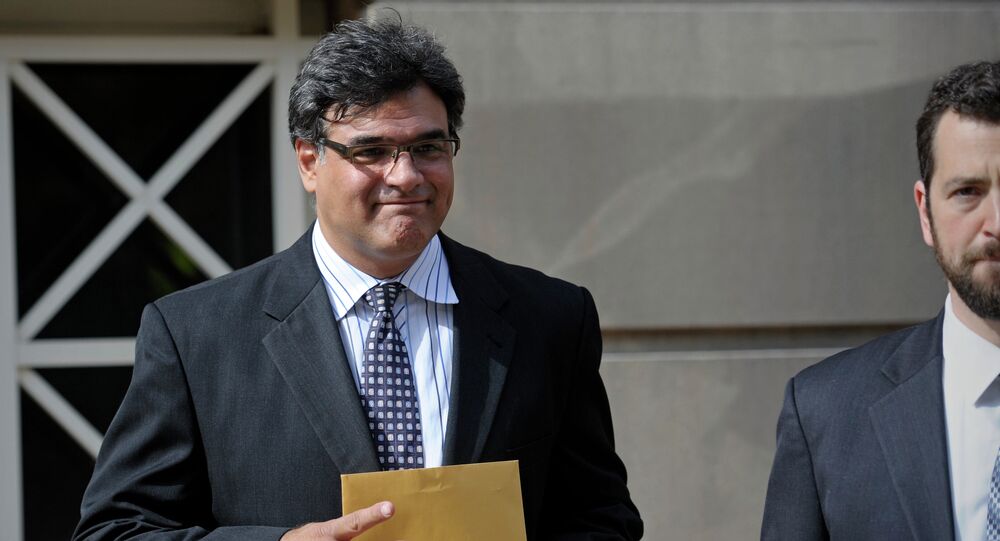 Ex-CIA officer John Kiriakou revealed in 2007 that the CIA used waterboarding during the interrogation of al-Qaeda suspects. In February 2013, he was sentenced until August 2015.

MOSCOW (Sputnik) — Former CIA officer John Kiriakou, sentenced to 30 months in prison for disclosing the agency's torture practices, has been released from jail, he said in a post on Twitter.

© Flickr / takomabibelot
US Torture Tactics Go Global: Is Gitmo Just The Tip Of The Iceberg?
According to news channel RT, Kiriakou will serve the rest of the sentence under house arrest. The former CIA officer was imprisoned after he revealed details about torture practices used by the CIA.

Kiriakou's sentence started in February 2013 and will last until August 2015.

Kiriakou revealed in 2007 that the CIA used waterboarding during the interrogation of al-Qaeda suspects. In 2012, he disclosed classified information about the identity of a covert CIA officer. He served part of his prison sentence at a detention facility in Loretto, Pennsylvania.

© CC BY 2.0 / Justin Norman
CIA Didn't Just Torture, it Experimented on People
Kiriakou's revelations came prior to the CIA torture report released in December 2014 by the US Senate's intelligence committee that detailed a range of torture practices used by the agency after the 9/11 attacks.

The report covered CIA activity from 2001 to 2006 and revealed that employees of US intelligence agencies subjected detainees to waterboarding, threats of sexual assault, prolonged sleep deprivation and mock executions, among other torture techniques.

John #Kiriakou has been released from federal prison to house arrest until August 2015. John is a heroic whistleblower against CIA #torture.

Amnesty Int'l Insists Those Responsible for CIA Torture Must Be Punished