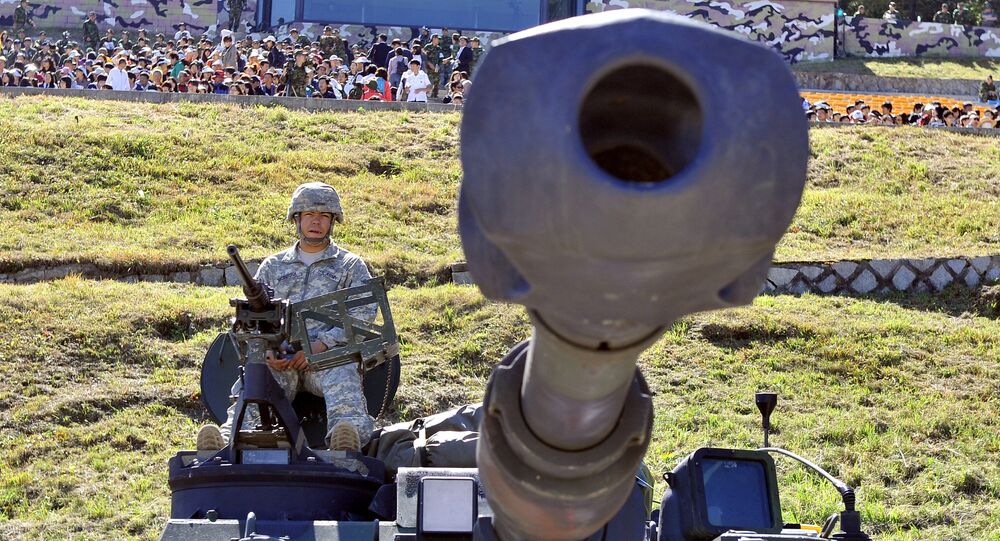 White House National Security Spokesperson stated that US is assessing its policies regarding providing lethal and other military assistance to the government in Ukraine.

© AFP 2021 / JIM WATSON
Obama Asks US for $168Mln to Counter Russia in Ukraine, Moldova, Georgia
WASHINGTON, February 2 (Sputnik) – The White House is assessing its policies regarding providing lethal and other military assistance to the government in Ukraine, a White House National Security Spokesperson told Sputnik on Monday, following the release of recommendations by a team of former top US officials calling for US government provisions of lethal and additional nonlethal aid to Kiev.

“We are constantly assessing our policies in Ukraine to ensure they are responsive, appropriate and calibrated to achieve our objectives,” Bernadette Meehan told Sputnik of US administration policies toward Ukraine.

Recent unrest in Ukraine’s southeast has left the White House “particularly concerned,” Meehan noted, adding that while the National Security Council continues to remain focused on pursuing a solution through diplomatic means, it is “always evaluating other options that will help create space for a negotiated solution to the crisis.”

The White House was contacted for its response to a report released Sunday by 8 former top-ranking US government officials, including former Under Secretary of Defense for Policy Michele Flournoy and former NATO Supreme Allied Commander Admiral James Stavridis. The report titled “Preserving Ukraine’s Independence, Resisting Russian Aggression,” recommends the US government provide Ukraine with $1 billion in both lethal and non-lethal military aid.

Who do you think the US military is most likely to engage with next?
Voted: 2
All polls
The authors of the report explicit argue against “a direct US or NATO presence on the ground” in Ukraine, adding they “would not support such a presence under current circumstances.”

The United States Congress and some NATO allies, including Poland, have already shown a willingness to sell military equipment to the government in Kiev to bolster the country’s defenses against alleged Russian aggression, according to recent reports.