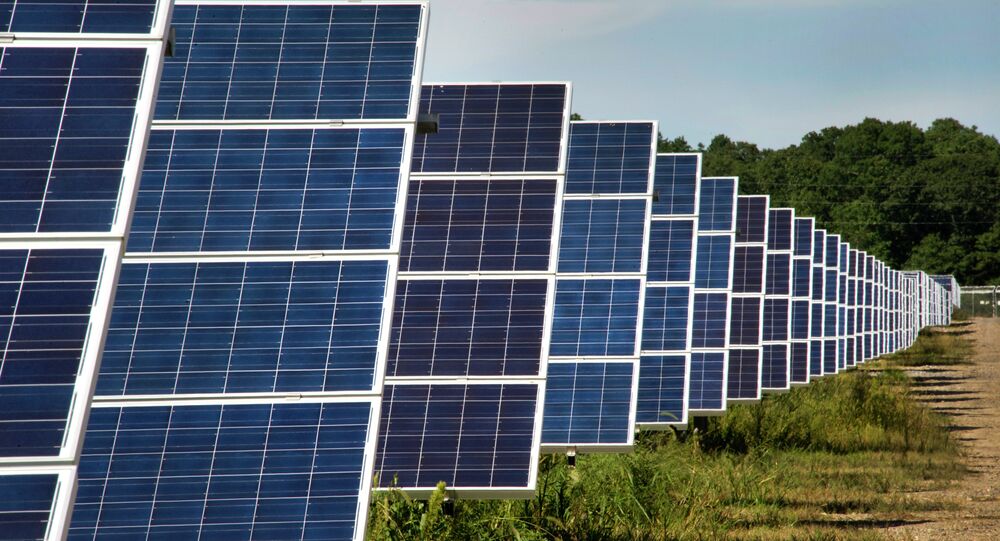 US Senator Bernie Sanders’ office reported that The US Senate shot down a proposed amendment to the Keystone pipeline legislation, aiming at installing 10 million solar power systems for homes and businesses in the coming decade.

© REUTERS / Kevin Lamarque
US Senate Leader Urges Obama to Sign Keystone XL Pipeline Bill
WASHINGTON, January 29 (Sputnik) — The US Senate voted down an amendment to the Keystone pipeline legislation that called for installing millions of solar power units in homes and businesses across the country, US Senator Bernie Sanders’ office said in a press release.

“Senate Republicans today shot down a proposal by Sen. Bernie Sanders to help install up to 10 million solar power systems for homes and businesses in the coming decade,” according to Sanders’ office statement on Wednesday. “Rebates for solar systems would have been authorized by a Sanders amendment to a Keystone XL oil pipeline bill now before the Senate.”

“The scientific community tells us very clearly if we're going to reverse climate change and the great dangers it poses for the planet we must move aggressively to transform our energy system away from fossil fuels to energy efficiency and sustainable energy,” Sanders said.

The solar bill died on the Senate floor on Wednesday, garnering only 40 of the 60 votes required to pass it.

The Keystone XL Pipeline project would allow major Canadian oil company TransCanada to build and operate an oil pipeline from western country's province Alberta to the US Gulf Coast. A final State Department Environmental Impact Statement released in January said that there would be no significant environmental impact from the project, although activists warned that the Keystone pipeline will have a detrimental effect.

US Senate Likely to Vote on Keystone XL Next Week