FBI Silent on Use of 'X-Ray Specs', Says All Operations 'Legal'

FBI supposes all its operations are in accordance with the law - even if special radars are capable of peering into people's homes. 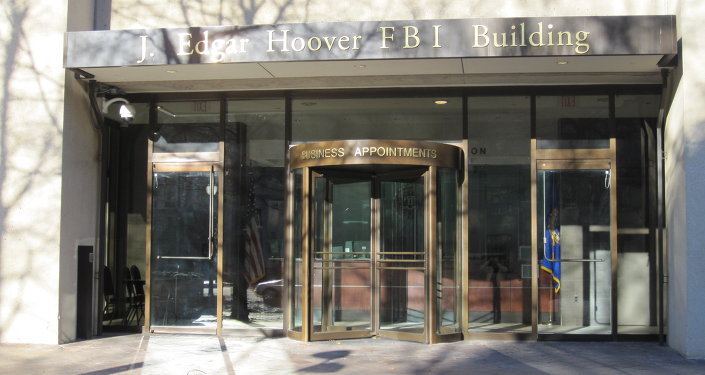 © Flickr / Tom Lohdan
Warrantless Spying: The FBI Expands Surveillance Powers
MOSCOW, January 23 (Sputnik), Alexander Mosesov — The US Federal Bureau of Investigation (FBI) preferred not to comment on the use of special radars, capable of peering into people's homes called Radar-R, adding that all its operations are in accordance with the law, an FBI press officer told Sputnik on Friday.

"[The] FBI does not confirm or deny our use of specific investigative tools. However <…> we always adhere to the law, the Constitution, and Attorney General Guidelines for all investigative tools and techniques that we may use," the press officer said.

Earlier this week, media reported that over 50 US law enforcement agencies, including the FBI, have been using the Radar-R device, capable of shooting radio waves through walls and doors from up to 50 feet away.

© Flickr / Cliff
Are FBI Agents With Ties Abroad Facing Another ‘Witch Hunt’?
While advocates of this technology claim that people's lives could be saved by this radar during law enforcement raids, civil rights activists find the use of such tools dangerous, claiming that the possibility of governmental agencies being able to literally "see" through citizens' homes without warning contravenes US law.

Such devices, which have been in use for at least two years by the country's law enforcement agencies, also worry those who oppose police militarization, a hot topic after the riots in Ferguson.

According to a poll conducted by ICM Research exclusively for Sputnik news agency, 46 percent of US citizens are in favor of police officers carrying fewer weapons, while 48 percent believe that law enforcers should carry more military equipment.