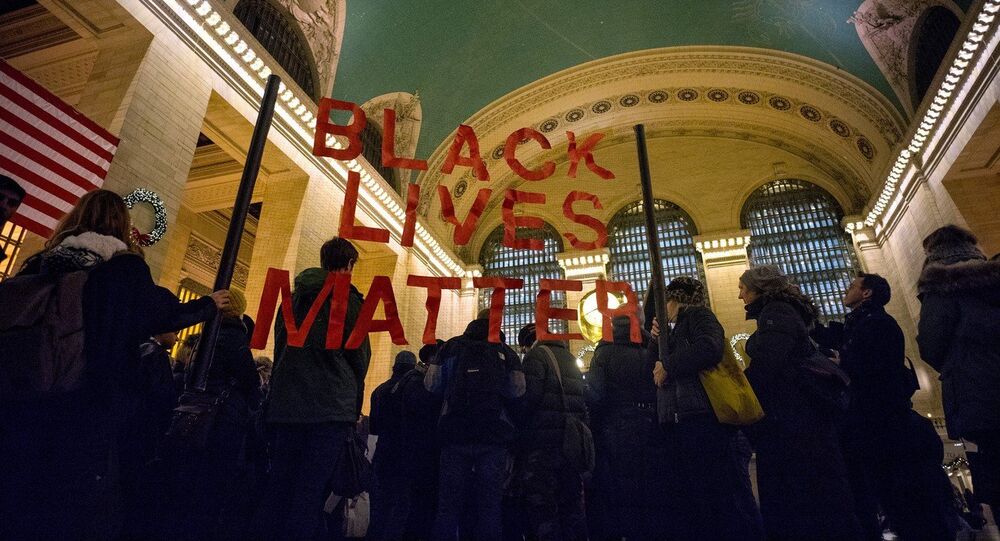 Reports that the US Department of Justice will not prosecute the white police officer who shot and killed the unarmed black Ferguson teenager met harsh response from civil rights groups.

NEW YORK, JANUARY 23 (Sputnik) – Civil rights groups have reacted angrily to reports that the US Department of Justice (DOJ) will not prosecute the white police officer who shot and killed the unarmed black Ferguson teenager Michael Brown last year.

The New York Times has reported earlier this week that federal DOJ prosecutors are moving to close an investigation and recommend that Darren Wilson, the officer who killed Brown, should not face charges.

"The Obama administration has innocent American blood on its hands. The entire process is gangrenous," Eugene Puryear, from the protest group Act Now to Stop War and End Racism Coalition, said in a statement on Thursday.

© REUTERS / St. Louis County Prosecutor's Office/Handout via Reuters
Law Professor Not Surprised US Justice Department Not Charging Ferguson Policeman
According to Puryear, neither the president Obama, not the attorney "have the moral courage to do what's right" despite promises to Michael Brown's family, community of Ferguson and the country.

"It was our coalition staying here week in and week out, good weather and bad, with numbers growing every week that made them move so quickly," Marsha Coleman-Adebayo, a coordinator of the protest Hands Up Coalition, said in a statement on Thursday. "We smoked them out. Sadly, the Department of Justice decided in favor of killer cops," Coleman-Adebayo stated.

Wilson says he shot Brown in self-defense after the heavily-built teenager punched him and grabbed for his gun. A grand jury decided in November not to indict Wilson over Brown's death, leading to a wave of rallies across the US.

Witnesses to the incident in Ferguson, a mostly-black suburb of St. Louis, Missouri, on August 9, said Wilson executed Brown while his hands were raised in a surrender-like pose above his head.

The US has been wracked by protests and riots in recent months following the death of Brown and other African-Americans, amid concerns of racism in the police force and the militarized tactics of US lawmen.