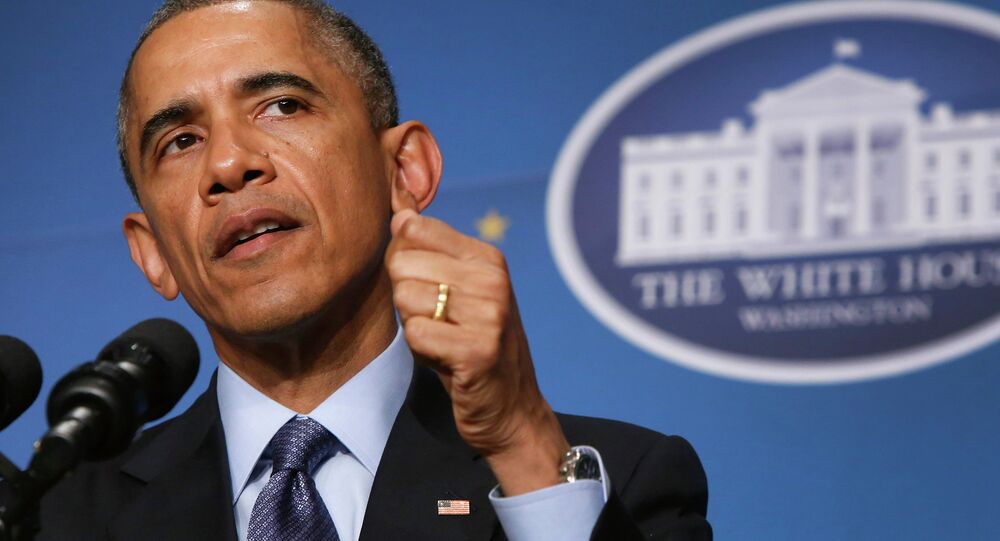 Obama to Call on Congress to Pass Cybersecurity Legislation

According to excerpts of the US President Barack Obama'a State of the Union speech, the president will urge Congress to finally pass the legislation on cybersecurity to better meet the threat of cyberattacks, identity theft.

© REUTERS / Kevin Lamarque
Obama to Highlight US Leadership in Stopping Islamic State and Extremism
WASHINGTON, January 21 (Sputnik) — US President Barack Obama will call on Congress to pass cybersecurity legislation to combat the “evolving threat” of cyber-attacks, identity theft and to protect American children’s information during his State of the Union address, according to excerpts from his speech released by the White House on Tuesday.

“We are making sure our government integrates intelligence to combat cyber threats, just as we have done to combat terrorism,” President Obama said in the excerpt. “And tonight, I urge this Congress to finally pass the legislation we need to better meet the evolving threat of cyber-attacks, combat identity theft, and protect our children’s information.”

© REUTERS / Larry Downing
Obama to Deliver Annual Address to Congress
President Obama stressed that if Congress does not act on cyber security legislation now, that it would leave the United States and its economy “vulnerable.”

“If we do [pass cyber security legislation], we can continue to protect the technologies that have unleashed untold opportunities for people around the globe,” President Obama said.

Throughout 2014, numerous US institutions were hit with cyberattacks, including financial giant JP Morgan and US federal agencies, such as the State Department and US Central Command.

In January, President Obama announced a new cybersecurity legislative proposal, encouraging private companies to share cyber threat information with government agencies as a way to protect them from cyber incidents.

According to the White House announcement, the new cyber security proposal would modernize law enforcement authorities to combat cyber crimes and criminalize the overseas sale of stolen US financial information. Penalties for computer crimes will be in line with other similar non-cyber illegal activities.

To shape public and private sector discussions and efforts to protect themselves from cyber threats, the White House will host a Summit on Cybersecurity and Consumer Protection at Stanford University on February 13, 2015.

US, UK to Train Experts in Tackling Potential Cyberattacks