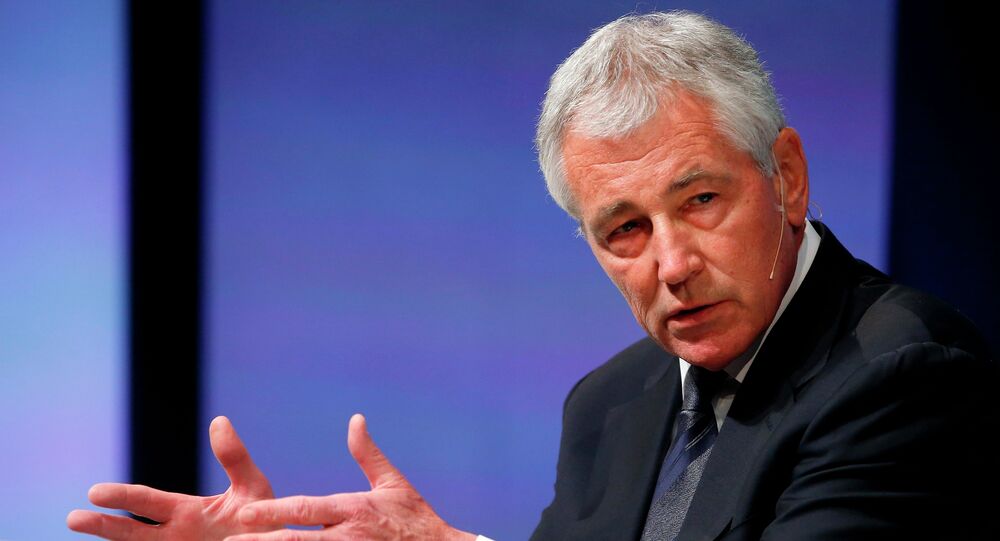 Pentagon’s Secretary of Defense Chuck Hagel said that US Department of Defense is solving the issue of sexual assault in the US military.

WASHINGTON, January 16 (Sputnik) — US Department of Defense (DoD) is solving an issue of sexual assaults in the US military, but is not there yet, the Pentagon’s Secretary of Defense Chuck Hagel said during a news conference on Friday.

“Out of all the crimes out there sexual assault is one of the worst because it is personal,” Hagel said. “We [the DoD] are off in the right direction…we’ll fix it [sexual assaults in the military]. We have had encouraging progress over the last year in particular, we’re not where we need to be.”

Hagel said that sexual assault was an issue that the “entire military enterprise” was focusing on, but said that the DoD would need to confront the retaliation that victims often face from their perpetrators the most.

“We know from the latest surveys that came out that one of the areas in particular that we’re going to have to work harder on is retaliation, social retaliation unfairly put on the victims,” Hagel said.

© East News / UPI Photo / eyevine
Department of Defense Appoints New Director of Defense Intelligence Agency
In December, a DoD report revealed that the number of sexual assaults in the US military had increased by 8 percent in 2014 compared to 2013.

Hagel acknowledged that the problem of sexual assault in the US military was a problem that only the DoD could fix, but said that he was pleased by how transparent the agency had been on the issue.

The release of the DoD sexual assault report in December followed the request of Senator Kirsten Gillibrand and a group of US lawmakers for a change in the way assault cases were prosecuted.

Under the senator’s proposal, the prosecution of sexual assault cases would be handled by independent prosecutors instead of military commanders that have been blamed in the past for overturning verdicts.

The issue of sexual assault has drawn media attention following a series of sex scandals in the US military in 1991, 1996 and 2003. The DoD then launched its Sexual Assault Response policy in 2004, which required that the agency do ongoing monitoring of sexual harassment in the military and provide support and treatment to sexual assault victims.