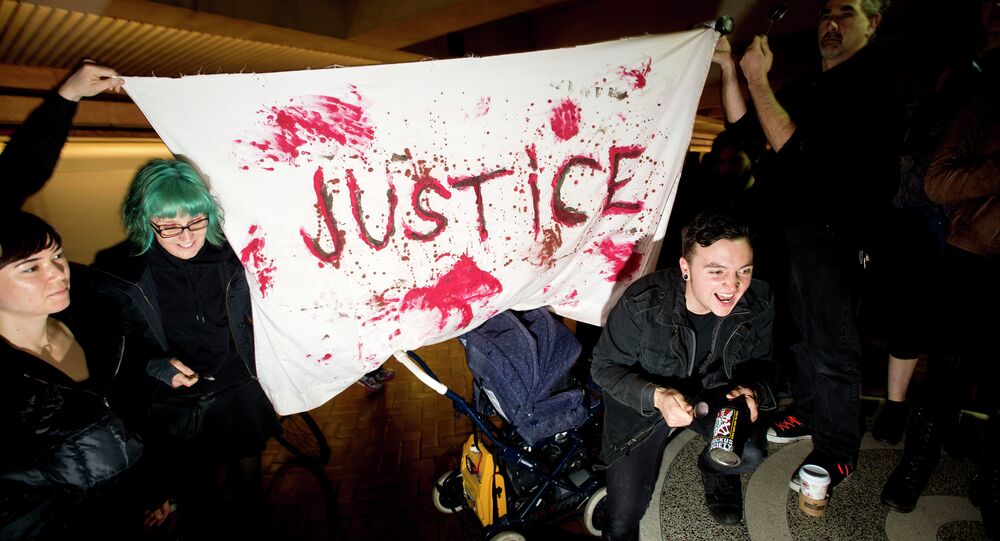 A group of protesters chained themselves together and blocked the Ronald V. Dellums Federal Building on Friday morning in downtown Oakland, California. Members of the same group also shut down a Bay Area Rapid Transit (BART) station in San Francisco.

“What side are they really on in terms of people’s free speech and rights?” said Ahmad Freeman, 23, a spokesman for the organizers of Friday’s protest.

The protesters are demanding two things; the first is that BART lower the fare prices. The second, and probably the element of the protest that is more important, that the prosecutor drop the charges against the fourteen protesters that were arrested last November. According to the San Francisco Gate, there were similar protests at the BART West Lake Street station, in which demonstrators responded to the grand jury failing to indict (former) Officer Darren Wilson for the murder of Michael Brown. 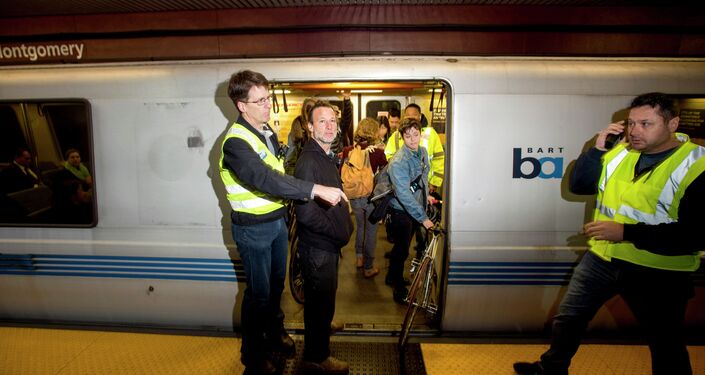 The Twitter account associated with the event has a list of all the areas that the protestors will be going to. So far, the protesters have managed to actually shut down the Montgomery Street Train Station, which according to the San Francisco Gate has caused  problems for commuters. According to the twitter account, objectors were told to bring spoons to the protest, what the spoons are for has yet to be seen.

The protest is said to be a 96 hour event over the Martin Luther King Jr. weekend. According to the twitter account there will be teach-ins, “guerilla theater” (a form of guerilla communication used by the San Francisco Mime Troupe to incite Sociopolitical chance).  The group says they want to reclaim the legacy of the Rev. Martin Luther King Jr.

These so-called “political radicals” come from different backgrounds and are joining together to  protest what they consider a great injustice.