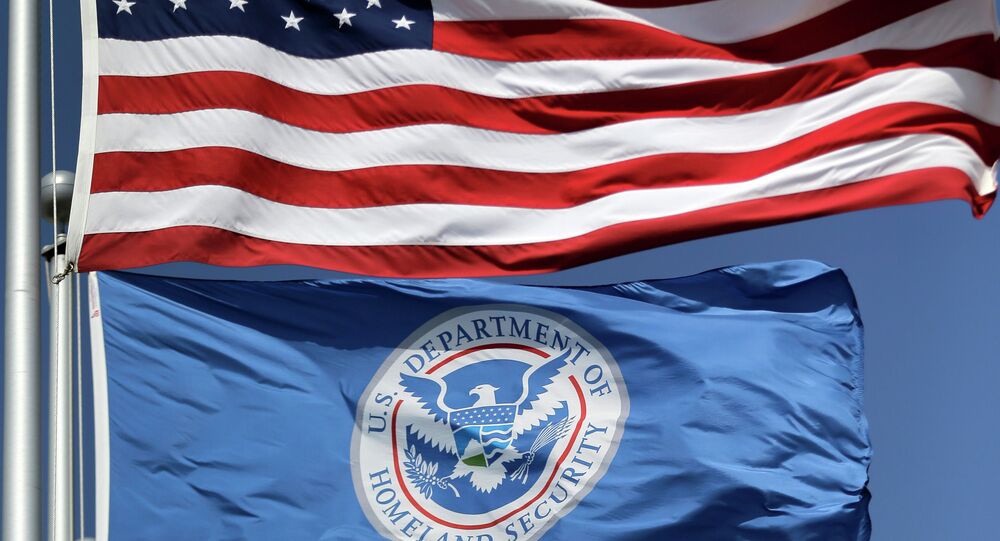 The Government Accountability Office (GAO) reported that the US Department of Homeland Security was assessing or addressing cyber risk to building and access control systems particularly at the nearly 9,000 federal facilities.

© Flickr / UK Ministry of Defence
CENTCOM’s Operational Networks Uncompromised by Cyber Attack: Command
WASHINGTON, January 13 (Sputnik) — The US Department of Homeland Security (DHS) lacks a strategy and has done nothing to address cybersecurity risks to building and access control systems at nearly 9,000 federal facilities, the Government Accountability Office (GAO) has said in a report.

"No one within DHS is assessing or addressing cyber risk to building and access control systems particularly at the nearly 9,000 federal facilities, protected by the Federal Protective Service (FPS)," the GAO report, released Monday, found.

The FPS falls under DHS and is responsible for protecting federal facilities.

The GAO, an independent agency that provides the Congress with auditing and investigative services, found the DHS has only taken "preliminary steps to begin to understand" the risks, posed by cyber security breaches to federal buildings and access systems in the United States.

© Sputnik / Alexander Kryazhev
Pentagon Asks Twitter for Assistance in CENTCOM Hacking: Spokesperson
"A strategy is a starting point in addressing this risk," GAO's Monday report to Congress said, stressing that the absence of such a strategy "has contributed to a lack of action within the Department".

The GAO said the need for cybersecurity protection for federal building and access control systems – which include heating, ventilation, air conditioning, electronic card readers and closed circuit camera systems – is all the more important, because these systems are made more vulnerable as they are automated and connected to outside information systems, networks and the Internet.

The GAO report comes at a time US policy makers have vowed to address the threats posed to the US government, corporations and individuals after a series of cyber security breaches. In the latest series of cyber-attacks, US Central Command's Twitter and YouTube accounts were hacked by a group, claiming to be affiliated with the Islamic State extremist organization.

US Closure of Military Bases in Europe Unaffected by Paris Attack:Spokesman