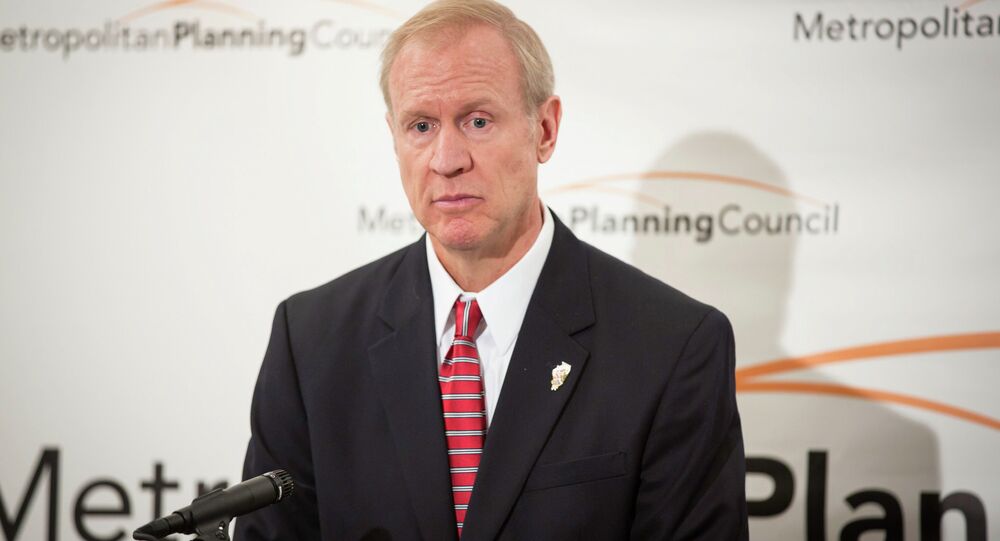 If you campaigned as a reformer and someone who would clean up your state’s notorious cesspool of corrupt politics, but then you throw yourself a lavish inauguration party paid for by the same groups you said you wouldn’t be beholden to… well, what’s up with that? 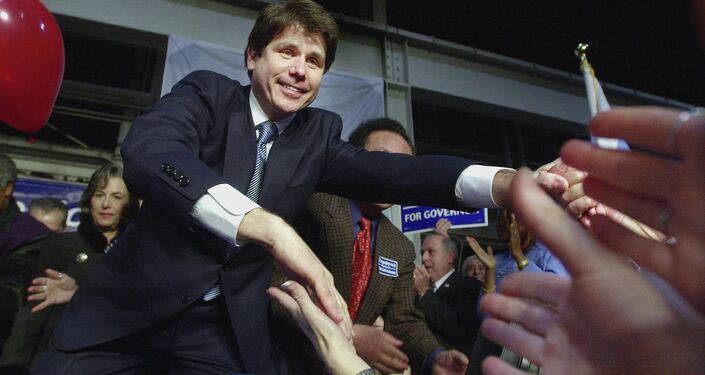 © Flickr / WBEZ
Then-U.S. Rep. Rod Blagojevich thanks supporters at his election night party in Chicago, March 19, 2002, after he received his party's nomination for governor. Blagojevich would later be sentenced to 14 years in prison for blatant corruption.
It’s something watchdog groups in Illinois are wondering as they see the escalating tab to welcome incoming governor Bruce Rauner, a price that is estimated to reach a staggering $10 million when he’s sworn-in on Monday. The festivities are being paid for by corporate and private donors, which critics say open the door to ethics violations and conflicts of interest. Rauner is allowing corporate donors to fork over up to $100,000 for inauguration efforts, while individuals can spend up to $25,000.

While many governors and other elected officials in other states are no strangers to hanging with the monied hoi polloi at inaugural events, the case with Illinois is a little special because it has the dubious honor of sending the most chief executives to prison than any other state.  Of the last seven governors in Illinois, four went to prison: one was convicted of trying to bribe a judge, another was convicted of bank fraud, and yet another of racketeering. The fourth one, Rod Blagojevich became the first Illinois governor in history to be impeached, and was convicted on a slew of charges, including trying to sell (or trade for favors) Barack Obama’s old Senate seat when he moved over to the White House. Blago, as he’s colloquially known, was sentenced in 2011 to 14 years behind bars.

© AP Photo / Steve Helber
Judge Sentences Ex-Virginia Governor to Two Years in Prison for Corruption
A recent study by Indiana University and the University of Hong Kong looked at political corruption in the United States and listed the top ten most corrupt states: Illinois was #4, just behind Mississippi, Louisiana, and Tennessee. The cost of this corruption to the average Illinois taxpayer: about $1,350 a year, researchers added.

Illinois Governor-elect Rauner is a venture capitalist who campaigned on cleaning up state politics and his camp was successful in linking his opponent, Democratic Governor Pat Quinn, to Blagojevich.

But Rauner’s pledge to clean things up sounds fishy if he’s spending all that money for an inauguration, say skeptical watchdog groups.

"We're seeing more and more inaugural activities that have become more expensive, more lavish, and they're being bought and sold by people who have business pending before government," says Craig Homan with the group Public Citizen.

Many of the Rauner inauguration events are free and open to the public, but if you want to get up close and personal with him tomorrow, you’ll have to be among those who’ve paid a pretty penny.