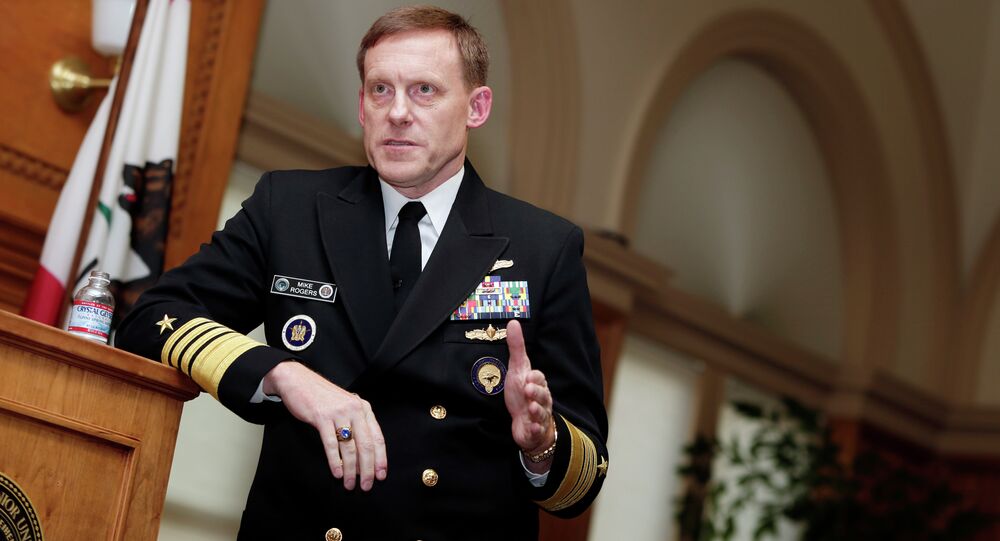 National Security Agency (NSA) head Admiral Michael Rogers declared that the US government should respond to cyberattacks not only on the cyber arena.

The spying agency's head added he was "very happy" with the US use of sanctions as a response to the North Korea Sony hack.

© Fotolia / Feng Yu
Biggest Cyber Attacks of 2014: Nude Celebrities and Sony Pictures
Last week, US President Barack Obama issued an executive order imposing additional sanctions on North Korea over the latter's alleged involvement in a cyberattack on Sony Pictures Entertainment. The new sanctions affect officials from the DPRK government, the Workers' Party of Korea, state agencies controlled by them, and individuals who support the government financially, materially or technologically.

"I remain very confident: this was North Korea," Rogers stated, referring to the November hack. According to the media outlet, the NSA head branded the attack a "game changer," stating that the whole world was watching the US response.

"If we don't name names here, it will only encourage others to decide, 'Well this must not be a line for the United States,'" he said.

The FBI has identified North Korea as the perpetrator of the November cyberattack on Sony, in which confidential data and emails were leaked. The hackers demanded Sony cancel the premier of "The Interview" film, a comedy featuring an assassination of North Korean leader Kim Jong Un.

US Turns to China for Help in Battling Alleged North Korean Hackers: Report