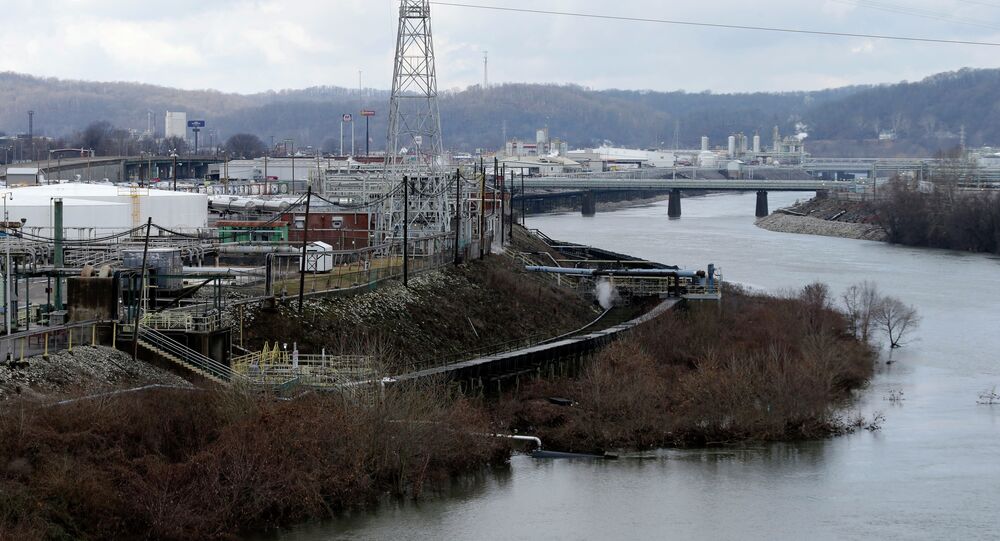 A year after a chemical spill left 300,000 West Virginia residents with toxic drinking water, three coal industry executives have pleaded not guilty for their involvement in the environmental disaster.

Former Freedom Industries President Gary Southern and former company officers Dennis Farrell and William Tis pleaded not guilty after prosecutors accused them of negligence and fraud in the spill of the hazardous pollutant methylcyclohexanemethanol, or MCHM, which reached the public’s drinking supply. The trial is set to begin in March.

One mile upstream of a water treatment and distribution plant near Charleston, the chemical foam used to purify coal seeped from storage tanks at the Freedom Industries facility into the Elk River.  An estimated 10,000 gallons of MCHM leaked into the waterway on January 9.

For up to 10 days, around 300,000 residents in nine counties were warned not to drink, use or bathe in the water, even if they boiled it. A series of complaints to state authorities ensued with reported medical issues including stomach pains, headache, vomiting, rashes.  Local emergency rooms were overwhelmed with patients, and schools and businesses were closed for days.  As much as a sixth of the state’s population was left without potable water, according to the Atlantic.

While charges were brought against the company, the chemical spill was linked to the state’s inability to exercise proper regulation.  One year after the accident, state officials concede that West Virginia had inadequate environmental regulations to prevent the incident.

“The Freedom Industries chemical leak incident…was unique and unprecedented,” state officials told the Charleston Gazette. “There was no roadmap for handling the intricacies of this particular crisis.”

The chemical spill has set a precedent for other states to set better inspection legislation. Last April, West Virginia’s Governor Ray Tomblin signed a law to strengthen standards for aboveground storage tanks. When the state completed inspections on January 1, officials found 1,100 tanks did not meet the new requirements that were set.

"That shows there are still tanks out there that may be leaking today," Angie Rosser, executive director of the advocacy group West Virginia Rivers Coalition told National Geographic.

Freedom Industries went bankrupt shortly after the spill, and the tanks were disassembled. The company’s founder Southern faces federal charges of fraud and lying under oath.