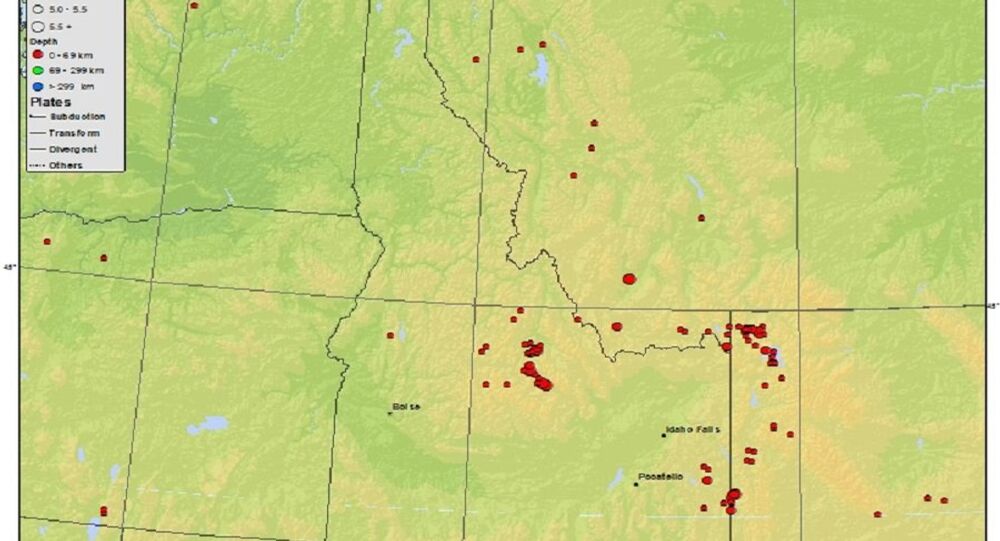 Idaho's Destructive Earthquake Saturday Has Some Looking at Fracking

It’s another case of something happening where you would least expect: earthquakes in Idaho. But a major earthquake on Saturday suggests that they are getting worse and, once again, fracking is a prime suspect.

U.S. Department of the Interior
Oklahoma's Massive Earthquake Increase Due to Fracking
The latest tremor measured a significant 4.9 on the Richter scale and happened on Saturday around the small town of Challis in the state’s central mountain region. It shook long and hard enough to be felt as far away as the state capital in Boise, about two hours away.

The quake caused rock slides, some damage to homes (mostly cracks in the walls), and temporarily knocked out power to the region. There were no reports of injuries.

The U.S. Geological Survey says Saturday’s quake was the latest in a string of tremors to hit the state, the previous one right before the new year on December 29 that measured 2.9 on the Richter scale. And it’s not just a handful: Idaho has been hit by hundreds of tremors in just the last ten months.

Game Over for Fracking in New York

The tremors have been going on since March of last year, and scientists are trying to figure out if they are caused by a formerly dormant fault or a new fault they didn’t know about. Idaho is right in the middle of a seismic belt of thousands of faults that runs from Montana to southern Nevada.

Scientists are also looking at the possibility that fracking may be causing the quakes. Fracking is the process of blasting pressurized sand and liquid (water and other chemicals) deep into the earth to extract gas and oil, a controversial process a growing number of states are using.

© Flickr / Nicholas A. Tonelli
Frack that: Fracking Coming Soon To A Forest Near You

Other states where earthquakes were once considered rare are seeing an uptick in seismic activity, and scientists say fracking is a culprit. In Oklahoma, for instance, the number of earth tremors in 2014 shot up to five times the amount reported in 2013, and the state geological office says the tremors started shortly after fracking did. Scientists say the same thing is happening in Ohio, and those states are just a handful of examples of increased seismic activity due to fracking.