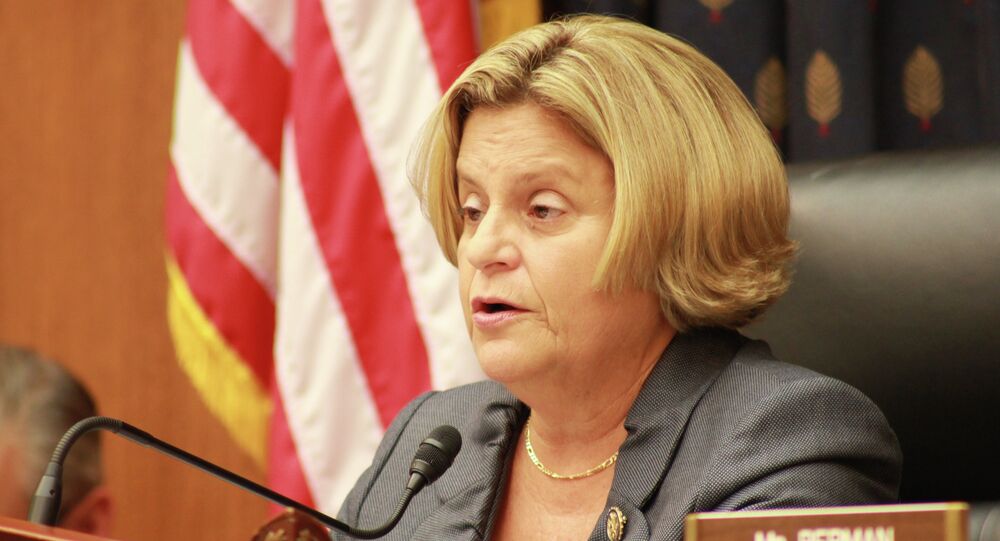 US Should Block Funds to Palestinian Autority: Congresswoman

The congresswoman called on US Congress to do "everything in its power" to block funds to the Palestinian Authority and to any UN entity that recognizes "a non-existent State of Palestine."

© Sputnik
US Concerned Over Palestinian Bid for ICC Membership: State Department
WASHINGTON, January 1 (Sputnik) — The United States should prevent the Palestinian Authority from getting any funding to show that there will be consequences if it attempts to join the International Criminal Court, Congresswoman Ileana Ros-Lehtinen of Florida said in a statement on Thursday.

"It's time for the Obama administration to show Abu Mazen [Mahmoud Abbas] and the PA [Palestinian Autority] that there will be consequences for their irresponsible behavior and continued efforts to undermine the peace process," Ros-Lehtinen said.

The congresswoman called on US Congress to do "everything in its power" to block funds to the Palestinian Authority and to any UN entity that recognizes "a non-existent State of Palestine" to get a message across to the Palestinian leadership that its "schemes at the United Nations and other international organizations like the International Criminal Court" would carry certain implications.

© Sputnik / Michael Mordasov
Palestine's Abbas Signs Request to Join ICC After UN Bid Failure
On Wednesday, Palestinian President Mahmoud Abbas signed several requests to join a number of international organizations, including the International Criminal Court, after the United Nations Security Council did not to pass the resolution to create an independent Palestinian state.

"The latest destructive actions by Abu Mazen and the Palestinian Authority reaffirms, once again, that Abu Mazen is not a real partner for peace. By attempting to bring a flawed resolution to the UN Security Council and by signing the Rome Treaty, Abu Mazen only reiterates that he is not willing to return to direct peace negotiations with Israel without pre-conditions," Ros-Lehtinen went on to say.

On Tuesday, the United Nations Security Council rejected the resolution on Palestinian statehood. Eight nations, including Russia, supported the document, five countries abstained, and the United States and Australia voted against it. The resolution demanded creation of a Palestinian state in the West Bank and East Jerusalem – territories, occupied by Israel in 1967.