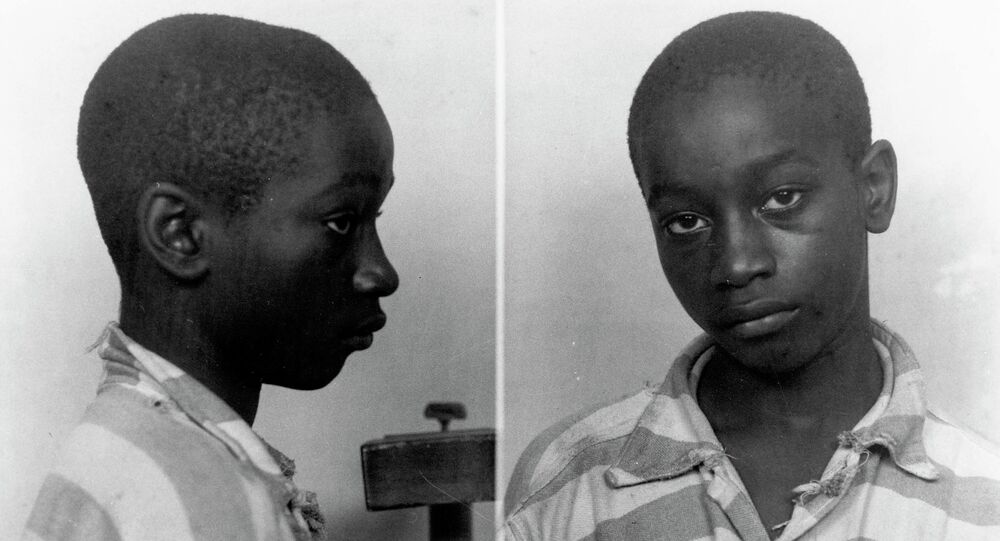 US Court Confirms Misjudgment on Death Sentence Amid National Concerns

The Circuit Court of South Carolina officially recognized this week that the death sentence handed down to 14-year-old African-American George J. Stinney Jr. 70 years ago, the youngest US citizen executed in the 20th century for killing two white minor girls, was misjudgment.

"This Court finds fundamental, Constitutional violations of due process exist in the 1944 prosecution of George Stinney, Jr. and hereby vacates the judgment," the ruling issued by the Court on Wednesday said.

George Stinney Jr. was the youngest US citizen to be executed in the 20th century. It is only now that the numerous violations of the law that took place during his arrest and subsequent trial have been revealed.

Stinney, Jr's arrest occurred in the absence of his parents or any other adult relatives. No lawyer was present during the interrogation. The death sentence was handed down by a jury, consisting of white Americans at the times of racial segregation.

The news comes amid the rising concerns over the precedents of wrong judgments on capital punishments and an ongoing national debate on the controversial nature of executions in the United States.

© Sputnik / Ruslan Krivobok
US Justifies Torture in America: Former Human Rights Commissioner
Back in 2000, intense protests erupted in Texas on the day of Gary Graham's execution. The protesters claimed that the court's decision was racially motivated.

Graham, an African-American, was 17 years old when he was convicted of murder and sat on death row until the age of 36, the Capital Punishment in Context says.

Anti-death penalty activists, in particular, representatives from Amnesty International, called for a more thorough investigation as they claimed Graham might be innocent.

It wasn't until 2005 that the US Supreme Court introduced the Eighth Amendment to the US Bill of Rights, forbidding the imposition of capital punishment on juvenile offenders.

© REUTERS / Stephen Lam
Police Response to US Civil Rights Protests
Another case of retrospectively reviewed verdicts in the United States is the case of Cameron Willingham, 36. He was executed in February 2004 for killing his three children in Texas by arson, according to the Death Penalty Information Center (DPIC) data. However, six years later the Innocence Project, a non-profit organization, seeking to prevent future injustice, filed a suit to clear Willingham's name, according to the Houston Chronicle.

Since the US Supreme Court reinstated capital punishment in 1976, the total number of executions has been1394, according to the DPIC.

A study by University of Michigan professor Samuel Gross revealed that at least 4.1 percent of all defendants, convicted of murder nowadays in the United States, are innocent.

A report, released on Thursday by the DPIC, however, indicated a positive trend in capital punishment statistics. It stated that the number of death sentences handed down had dropped by 77 percent since 1996. The report also claimed that 2014 saw the fewest executions (35) in 20 years.