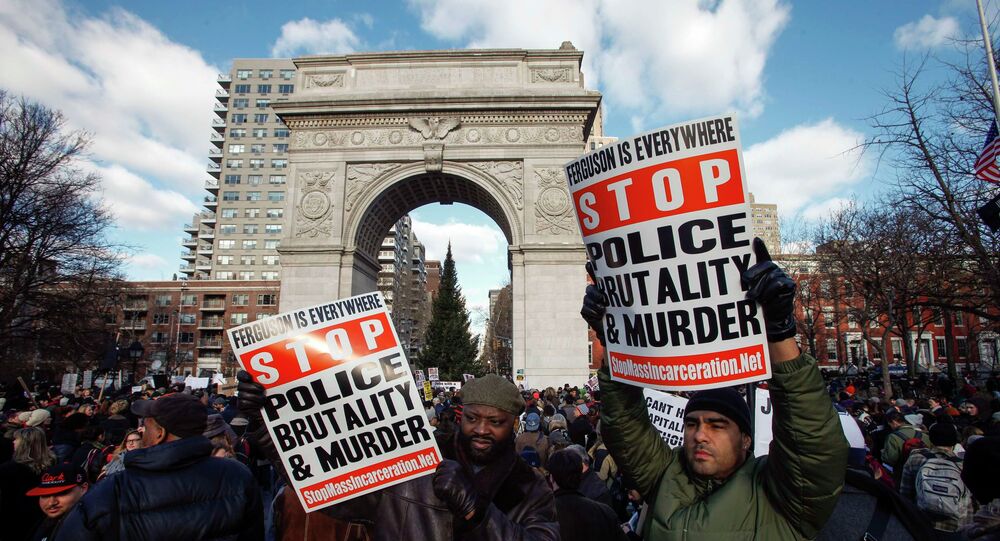 US President Barack Obama signed an executive order Thursday that sets up the “Task Force on 21st Century Policing” to determine how to strengthen the public’s and local communities trust for law enforcements.

© REUTERS / Stephen Lam
Police Response to US Civil Rights Protests
WASHINGTON, December 19 (Sputnik) — US President Barack Obama signed an executive order Thursday that sets up a task force of experts to determine how to strengthen the public’s and local communities trust for law enforcement, the White House announced.

“The Task Force is part of the [Obama] Administration’s efforts to strengthen community policing and strengthen trust among law enforcement officers and the communities they serve,” a White House statement read.

The 11-member group, officially entitled “Task Force on 21st Century Policing” will work with different federal and local leaders and organizations to listen to their testimonies and recommendations on how to gain back the public’s trust in law enforcement.

© AP Photo / Tom Gannam
St. Louis Planning Budget Increase to Hire More Policemen After Ferguson Case
“Recent events in Ferguson, Staten Island, Cleveland, and around the country have highlighted the importance of strong, collaborative relationships between local police and the communities they protect,” the statement said.

The task force will hold its first working session in Washington, DC in mid-January and will prepare a report and recommendations for President Obama in March.

Earlier in December, the White House asked for $262 million in funding for police body cameras and training amid the several waves of race-related protests that erupted following the grand jury decisions to not indict white police officers in New York and Missouri who killed unarmed African-American men.