US Vice President Joe Biden spoke about Ukraine during the National Democratic Institute (NDI) award ceremony stating that the country might not have many chances to build a free, democratic society in the near future, and therefore the Ukrainian government should be careful not to "blow" their chances.

WASHINGTON, December 10 (Sputnik) — The government of Ukraine has one more chance in the near term to establish a free, democratic society and not "blow it," US Vice President Joe Biden said during the National Democratic Institute (NDI) award ceremony.

"They [the Ukrainians] have a chance again. They can't blow it. Freedom is over 25 years old and they blew it," Biden said addressing a crowd gathered to honor three Ukrainian activists with the 2014 democracy award. 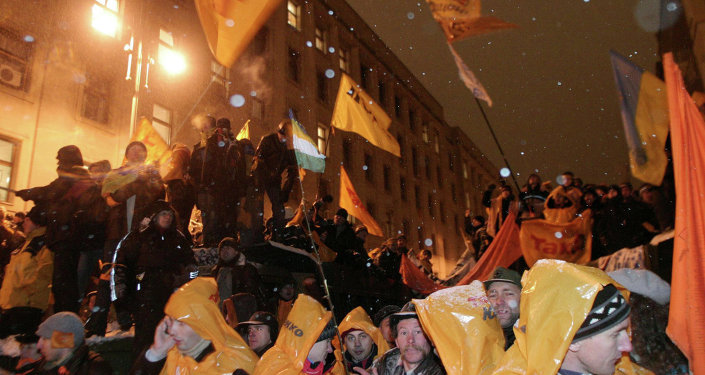 According to Biden, the United States has invested itself in the outcome of the Ukrainian government of President Petro Poroshenko and the recently elected parliament.

"I am literally on the phone at least an hour and a half, two hours a week with Ukrainian government officials," he told the audience.

A major part of US officials' work with Ukraine has to do with building and rebuilding institutions of government, the vice president said, adding that Washington is providing the Ukrainian government with personnel and advisers from all departments of the United States, "as we did to the Iraqis." 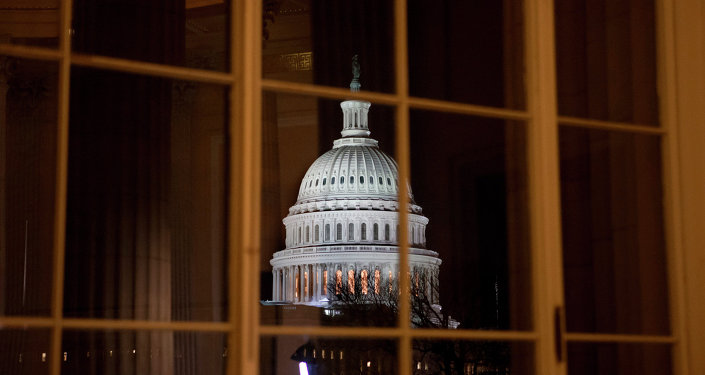 © AP Photo/ Chairman of the Joint Chiefs
US Senate to Push Legislation to Supply Ukraine With Lethal Aid: Senator
The vice president characterized the military cooperation between the United States and Ukraine as "working to improve the Ukrainian capacity to provide for its own defense."

Biden has made multiple visits to Ukraine. He addressed Maidan activists last November at the height of the protests against the government of the former Ukrainian President Viktor Yanukovych, and he recently returned to Maidan to commemorate the one year anniversary of the protests.

The NDI has had operations inside Ukraine promoting democracy and civil society engagement in politics since the country’s independence 25 years ago.

Ukraine ‘Far From Being Ready’ to Become Member of NATO: US Ambassador