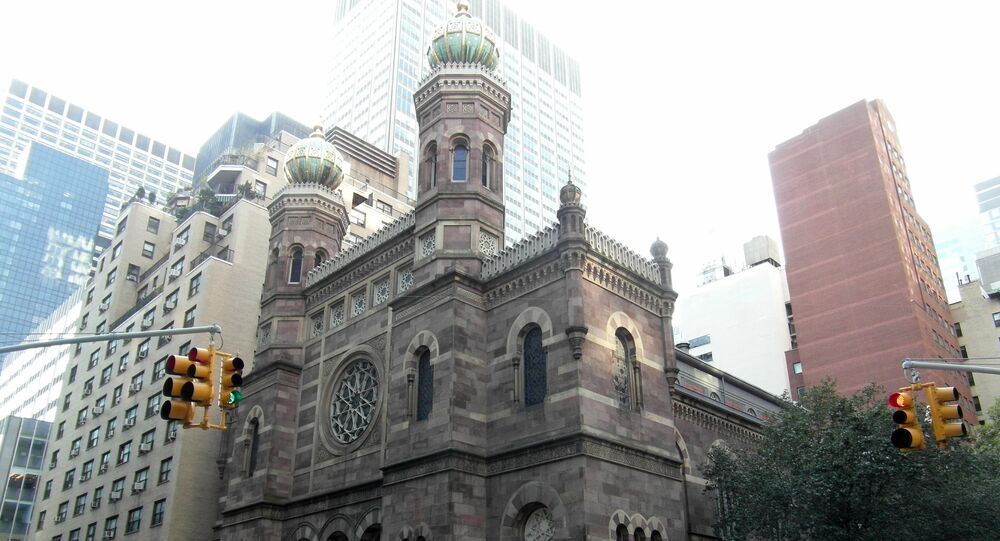 A presumably homeless person entered a New York City synagogue and stabbed an Israeli student in the neck. After refusing to drop his knife, the attacker was shot dead by a police officer.

The attack happened in the early hours of Tuesday in New York's Brooklyn borough.

"It's the first time this has happened at a New York synagogue. I come here everyday to know that somebody died here, it's scary. It needs to be a secure place," The New York Post quoted a member of Chabad Lubavitch as saying after the attack.

CNN reported that a man aged 49 and apparently homeless, entered into the Chabad Lubavitch World Headquarters, a Jewish religious organization, where several students were studying. He stabbed an Israeli student called Levi Rosenblatt in the neck. The attacker was later shot dead by a police officer after refusing to drop his knife and moving toward the officer.

According to CNN, the wounds of the student are not lethal.

Mony Ender, deputy spokesman for Chabad Lubavitch in Israel, told CNN that the incident was most likely not a hate crime, and that the attacker used an ordinary kitchen knife.

Putin Says Synagogue Attack in Jerusalem Goes Beyond All Limits