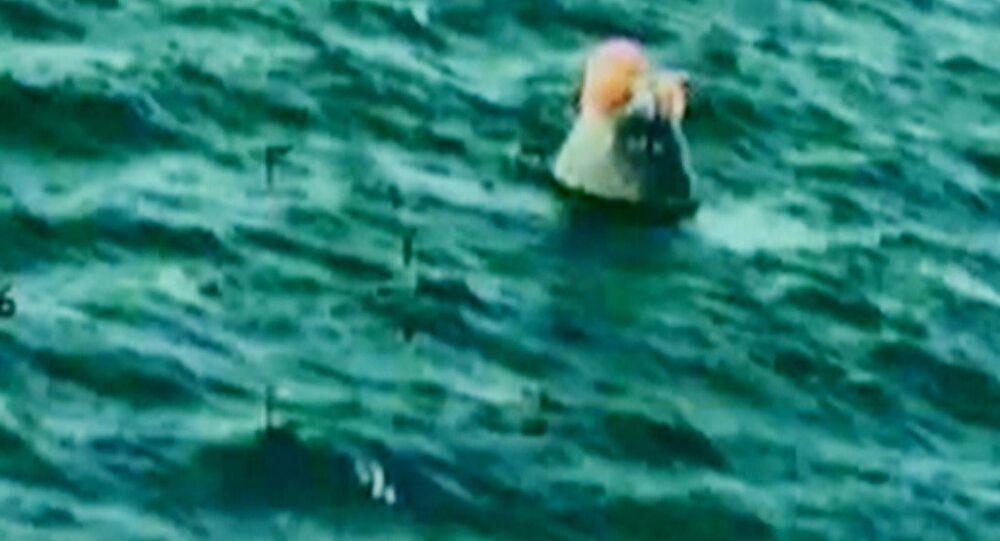 NASA's Orion spacecraft splashed down in the Pacific Ocean about 600 miles southwest of San Diego, California.

WASHINGTON, December 5 (Sputnik) — NASA's Orion spacecraft capable of taking astronauts on future missions to an asteroid or Mars, splashed down in the Pacific Ocean about 600 miles southwest of San Diego, California on Friday.

It was launched atop a Delta IV Heavy rocket from Cape Canaveral Air Force Station in Florida earlier on Friday.

The unmanned spacecraft circled the Earth twice during a four-and-a-half hour flight, reached an altitude of 3,600 miles before re-entering Earth’s atmosphere and fell into the Pacific Ocean.

© AP Photo / Chris O'Meara
LIVE: Orion Space Capsule Launches on Mission to Mars
A microchip carrying the names of more than a million people was onboard the spacecraft along with other souvenirs from Earth, including coins, flags, a Sesame Street muppet, a Tyrannosaurus Rex fossil, an oxygen hose from an Apollo 11 spacesuit and a sample of lunar soil.

Orion’s next test flight is scheduled for 2018 and the first crewed flight will not take place before 2021. The earliest Orion could go to Mars is in 2030s, according to NASA.