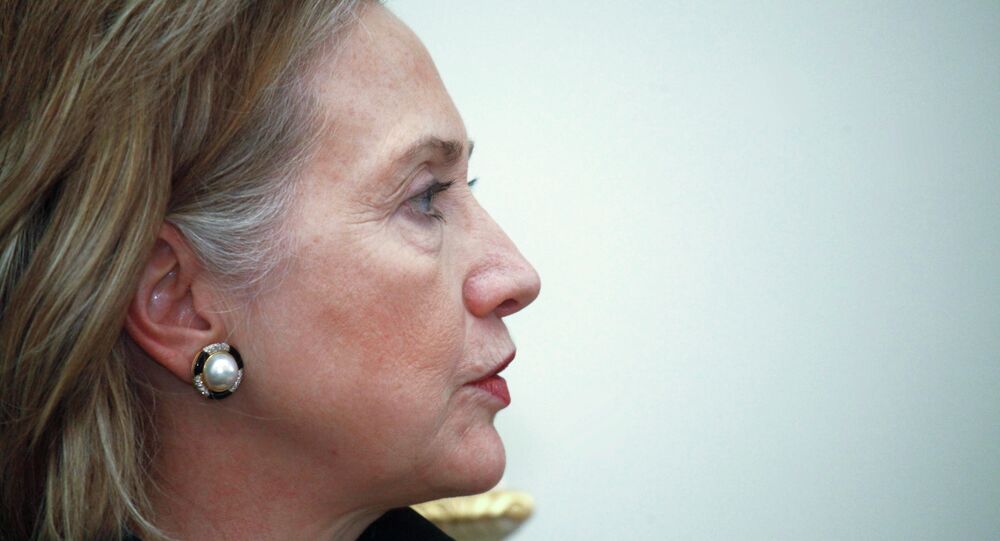 Hillary Clinton has expressed concern over fracking and made no mention of the controversial Keystone XL pipeline project in a speech at a fundraising event in New York.

MOSCOW, December 2 (Sputnik) — Hillary Clinton has expressed concern over fracking, voicing support for Barack Obama’s environmental policies, in a speech to a League of Conservation Voters in New York, the Guardian reports.

© Flickr / www_ukberri_net
Germany Eyes Fracking to Fill Energy Gap
"I know many of us have serious concerns with the risks associated with the rapidly expanding production of natural gas," the former US Secretary of State said during her 15-minute address. It could be seen as an attempt to distance herself from the US president, seen as an avid supporter of fracking, while simultaneously wooing potential voters, concerned with the new technology. Clinton has yet to announce her presidential run in 2016.

The former first lady even suggested that fracking could be banned in some areas if deemed too dangerous. "Methane leaks in the production and transportation of natural gas pose a particularly troubling threat so it is crucial we put in place smart regulations and enforce them – including deciding not to drill when the risks to local communities, landscapes and ecosystems are just too high," she said, as quoted by the Guardian. Interestingly, Clinton refrained from using the word "fracking" in her speech.

© Flickr / www_ukberri_net
US Should Not Set International Standard for Fracking: Experts
Environmentalists are concerned that hydraulic fracturing causes irreparable damage to the environment, including methane pollution, contamination of groundwater, fracking-induced earthquakes, etc. However, many countries are eager to replicate the US experiences in the sphere. The country, once dependent on energy imports, has been transformed into a major energy superpower following the shale gas revolution.

Clinton also stressed that climate change is a real issue, which needs to be tackled. "The science of climate change is unforgiving, no matter what the deniers may say, sea levels are rising, ice caps are melting, storms, droughts and wildfires are wreaking havoc," Clinton said, as quoted by ABC News. "The political challenges are also unforgiving, there is no getting around the fact the kind of ambitious response required to effectively combat climate change is going to be a tough sell at home and around the world at a time when so many countries including our own are grappling with slow growth and stretched budgets," she stated. Clinton asserted that the most catastrophic consequences of climate change can be mitigated "[i]f we act decisively now".

© REUTERS / Andrew Cullen
Keystone XL Pipeline Bill Failure in US Chance to Save Environment: Experts
Clinton has made no mention of the controversial Keystone XL pipeline project, which is aimed at transporting tar sands from Canada to US refineries. So far she has managed to dodge questions on the issue, saying that Obama will decide the fate of the project. The League of Conservation Voters Clinton was addressing strongly opposes the pipeline’s construction.

However, Gene Karpinski, president of the advocacy organization, did not rule out that the group will support Clinton if she decides to run for president. "She has already been asked about that. That is not her decision right now," Karpinski said, as quoted by CNN. "You heard her praise President Obama many, many times for his leadership on climate change and leaving a legacy. That is a decision left to him and the current secretary of state. That is where it should be," he said.

The fundraiser was closed to reporters.