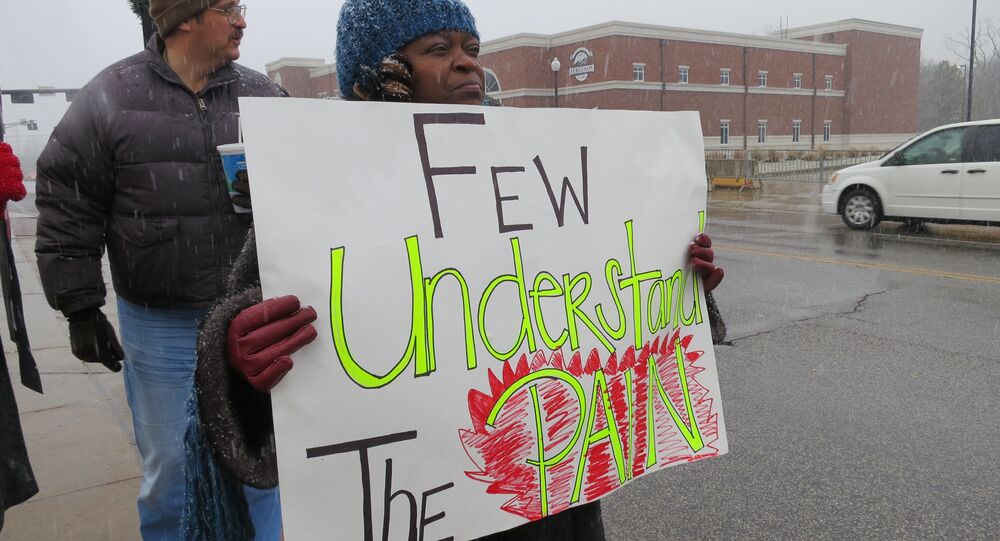 A protester in the riot-ravaged suburb of Ferguson said that African-Americans have less to be thankful for on the national US holiday of Thanksgiving than others.

FERGUSON, November 28 (Sputnik) – African-Americans have less to be thankful for on the national US holiday of Thanksgiving than others, protester Jacqualine Wright told Sputnik during a week of violence in the riot-ravaged suburb of Ferguson.

“We’re thankful for many things but there’s a lot of people that’s not that lucky. A lot of people lost their sons to unnecessary violence, like the family of Michael Brown,” said Wright, 53, a nurse from the nearby district of Spanish Lake.

Wright added that the television reports do not convey the emotions people in Ferguson feel.

“It’s not just black people, but all people are feeling this pain if they’ve been humiliated the way they are trying to do to us,” Jacqualine Wright stressed.

The controversial jury decision spawned a fresh round of protests in major cities across the US and in Ferguson, where protesters and rioters clashed with police and a beefed-up deployment of 2,200 members of the National Guard.