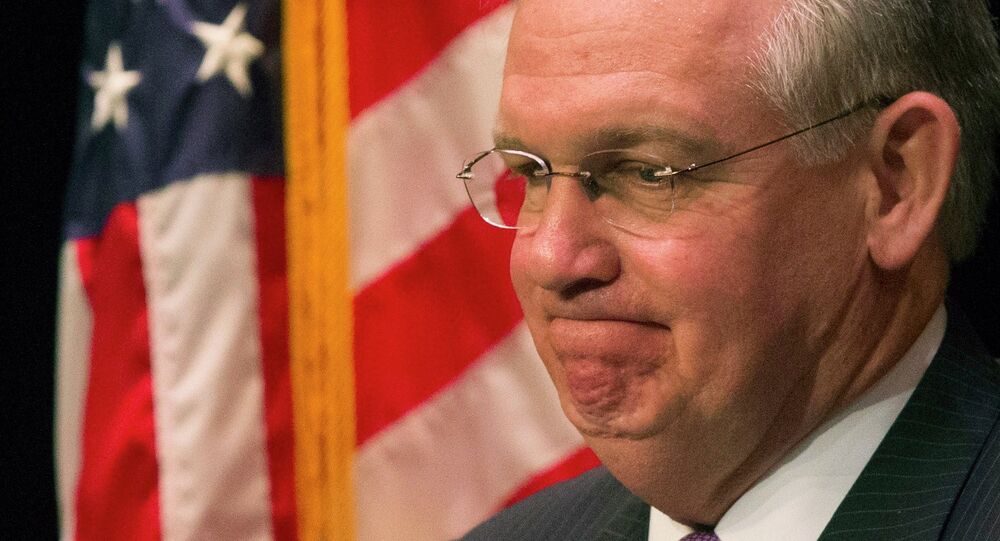 The Missouri Governor has increased the number of the National Guard troops to be deployed in Ferguson to 'keep things calm and safe'.

WASHINGTON, November 26 (Sputnik) – The number of National Guard troops to be deployed in Ferguson, Missouri to maintain peace amid the protests has tripled from 700 to 2200, Missouri Governor Jay Nixon has announced.

"The [National] Guard's rapid response teams will be positioned so that they are ready to act at a moment's notice if challenges arise. Altogether, there will be more than 2,200 National Guardsmen in the region", Nixon said in an order announced Tuesday.

"We are going to continue to up the [National Guard's] numbers here [in Ferguson] to work with the unified command to make sure that we keep things calm and safe," Nixon added.

Governor Nixon along with other local law enforcement authorities held a press conference before the second wave of protests in response to a grand jury verdict to not charge white police officer Darren Wilson with the fatal shooting of 18-year-old unarmed African-American teenager Michael Brown in Ferguson, Missouri on August 9.

Violent protests erupted throughout the state following the grand jury's decision on Monday night that resulted in injuries, looting and violence between demonstrators and law enforcement.

Last week Nixon began preparing for the potential of unrest throughout Missouri by declaring a state of emergency and activating the state's National Guard troops ahead of the grand jury's decision.