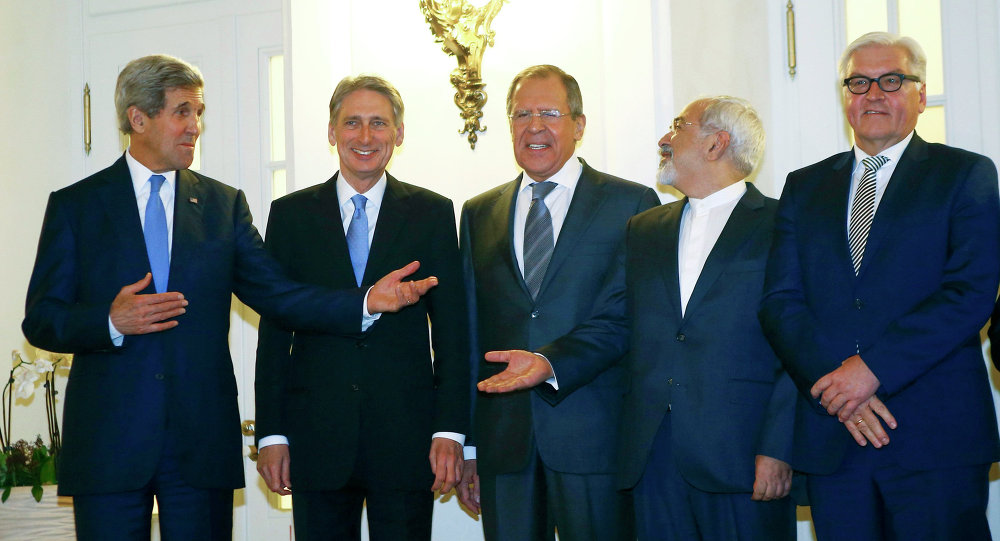 US Democrats welcome further negotiations on the Iranian nuclear program. But the Republicans view the talks extension as a chance to impose harsher sanctions on Tehran.

WASHINGTON, November 25 (Sputnik) – In the wake of US Secretary of State John Kerry's announcement that nuclear talks between the P5+1 and Iran would be extended to the end of June 2015, US Republicans said Washington needed to impose harsher sanctions on Tehran to deter it from pursuing a nuclear weapon, a call that Democrats have already criticized as counter-productive.

© East News / AP Photo/Joe Klamar, Pool
Iran Nuclear Talks Extension Could Contribute to Derailing Progress: Expert
"Endless negotiations and additional concessions will not achieve the desired outcome of an Iran without nuclear weapons that is no longer a threat to its own people and its neighbors. I will continue working in the Senate to significantly increase the pressure on Iran on all fronts — nuclear, terrorism and human rights — before it's too late," US Republican Senator Marco Rubio said in a press release.

US President Barack Obama's position on increasing sanctions on Iran differs sharply with Rubio's, based on comments made by White House spokesperson Josh Earnest at Monday's press briefing.

© AP Photo / Susan Walsh
Next Pentagon Head Needs to Be Ready to Face Global Threats: White House
"We [the Obama administration] continue to believe that adding on sanctions while negotiations are ongoing would be counter-productive," Earnest said.

Democratic Senator Carl Levin, chairman of the Senate Armed Services Committee, has supported extending negotiations because the interim agreement has been effective while a comprehensive deal was in sight.

© REUTERS / Nicholas Kamm/Pool
Kerry: No Sanctions Relief for Iran Until Questions on Its Nuclear Program Remain
"To this point, the interim agreement reached a year ago has been a net plus as it has maintained the tough sanctions regime, limited Iran's uranium enrichment and provided inspectors with expanded access to Iran's nuclear facilities," Levin said.

While it is true that Iran was only brought to the negotiating table due to pressure, the current level of sanctions has not changed its behavior, Republican Senator Rubio explained.

"The Iranian regime's track record as the world's foremost state sponsor of terrorism and an abuser of the Iranian people has not changed. From the outcome of this latest round, it also appears that Iran's leadership remains unwilling to give up their nuclear ambitions," he said.

"Since the beginning, I have been concerned about a series of rolling extensions becoming the norm and reducing our leverage. However, I would rather the administration continue to negotiate than agree to a bad deal that would only create more instability in the region and around the world," Corker said.

Congress must be able to weigh-in before the implementation of any deal and should develop alternatives, including tougher sanctions, should negotiations ultimately fall apart, Corker added.

© REUTERS / Neil Hall
Kerry: Iran, P5+1 Group Aim at Finishing Political Agreement in Four Months
Iran and the P5+1 powers agreed to extend the political deadline to March 2015, at which point they would assess if a path to a final deal existed before implementing a comprehensive agreement in July, Secretary of State John Kerry said at a press briefing in Vienna on Monday.

On November 18, the P5+1 group arrived in Vienna, hoping to negotiate a deal that would prevent Iran from developing nuclear weapons in exchange for the relaxing of economic sanctions.