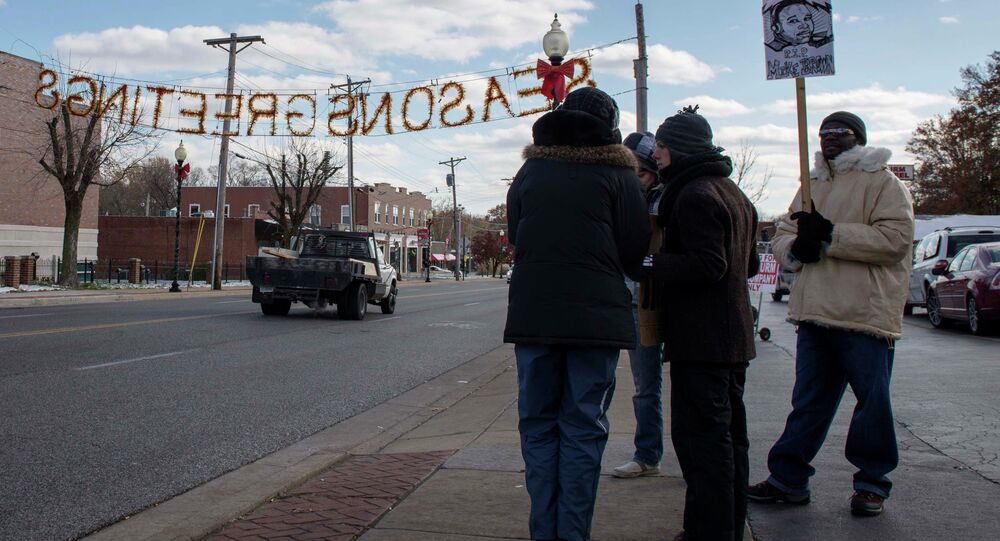 "After a full, and impartial, and critical examination of all the evidence and the law… they [the grand jury] determined that no probable cause exist to file any charge against officer Wilson," McCulloch told a courtroom of reporters Monday.

McCulloch said that the full evidence of the investigation would be released after his announcement, but that it would not provide details on who the grand jury were or how they cast their votes.

He added that the grand jury met 25 times to talk to various witnesses, hearing more than 70 hours of testimony while examining all physical and scientific evidence before making their decision.

"I'm ever mindful that this decision will not be accepted by some and may cause disappointment for others," McCulloch said. "But all decisions in the criminal justice system must be determined by the physical and scientific evidence and the credible testimony corroborated by that evidence not in response to public outcry or for political expediency."

18-year-old Brown was shot dead by Wilson on August 9, in Ferguson, Missouri, from the officer's vehicle. The shooting triggered massive race related protests against police brutality in Ferguson and around the country.

"We are a nation built on the rule of law, and so we need to accept that this decision was the grand jury's to make," US President Barack Obama said in a statement from the White House, calling on the protesters to remain peaceful.

Prior to jury's decision, Missouri Governor Jay Nixon declared a state of emergency and signed an executive order, activating the state's National Guard to prepare for the possibility of a second wave of unrest.

The protesters have used the slogan, "Hands up, Don't Shoot" to show solidarity with Brown, who, some witnesses say, was killed in a surrender posture. However, officer Wilson told the authorities he acted fearing for his life, while the teenager struggled for his gun.

Grand Jury on Ferguson Shooting Not to Reconvene Until Monday: Reports

A.G. Urges US Police to Refrain From Violence Ahead of Ferguson Verdict